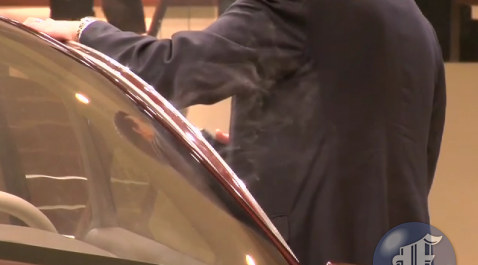 The Lincoln MKZ Concept was apparently bored by just sitting there on display at Detroit Motor Show, so it decided to have a smoke, literally! It might not be very clear in the picture, but there’s a video after the jump that shows the scale of the problem. Just check out that ‘What The Hell’ look on that executive’s face. It says it all, doesn’t it. Lincoln hasn’t commented yet on what caused this embarrassing moment.