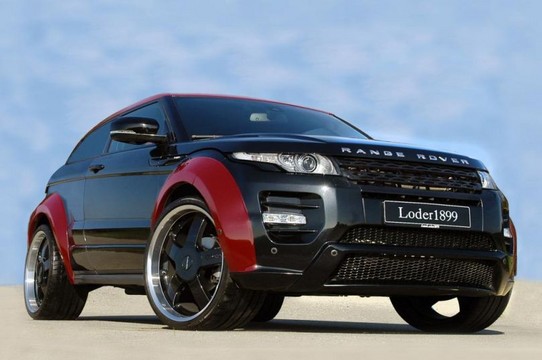 Loder1899 is an old and well-known German tuner who recently came up with a package for the Range Rover Evoque. Named after an ancient Egyptian king, the Horus is based on the 2.2 liter diesel version of the Evoque, which is tuned to make 220hp and 500Nm of torque. There’s also a body kit, which of course can be had with both models.

The ingredients of this body kit include a new chin spoiler which totally revamps the front bumper, blacked-out grille, massively flared wheel arches, a a revised rear diffuser. This diffuser along with the arches and the roof, and the roof spoiler not to mention, are all painted in red to make a contrast with the black color of the body. You can, presumably, have them in any color you desire.

So yes, it is possible to ruin the looks of the Evoque. The car also receives a set of 23-inch wheels wrapped with Michelin Pilot Sport 315/35R23 tires, and lowered suspension. 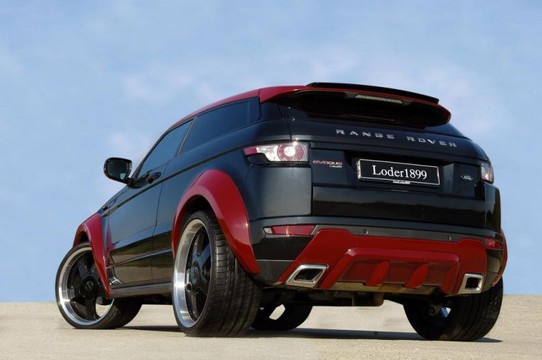