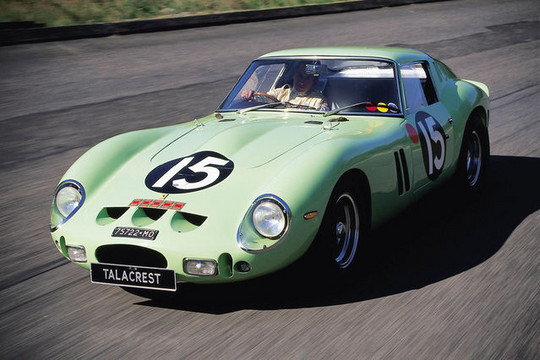 The world most expensive car title moves again to a new car, a 1963 apple-green Ferrari 250 GTO. GTOs are among the most special and most expensive classic cars. Only 39 units have ever been made. But this one is one of a kind, as it was built exclusively for Sir Stirling Moss. That is why it has reportedly sold for a staggering $35 Million.

The buyer is U.S.-based classic car collector and billionaire Craig McCaw – who was the co-founder of McCaw Cellular, which was acquired by AT&T for $11.5 billion in 1993 – who bought the car privately through a classic car dealer from an equally wealthy Dutch businessman. And boy did the dealer make some healthy profit in this transaction.

This GTO was acquired by the Dutchman a decade ago for about $8.5 million from the Japanese collector Yoshiho Matsuda, who had originally bought it for just $3.5 million in 1996. It turned out to be a solid investment for each of the owners.

The Japanese fella was also the owner of the GTO that British radio and TV star Chris Evans bought a few years ago for around $18 mil. Bloomberg report says Evans has sold his GTO  for a million-dollar price “in the high 20s.”

The GTO market is like an elite club then. Prices are expected to go even higher, now that the Arabs and the Chinese are showing interest in this rather ugly but magnificent Italian super car.