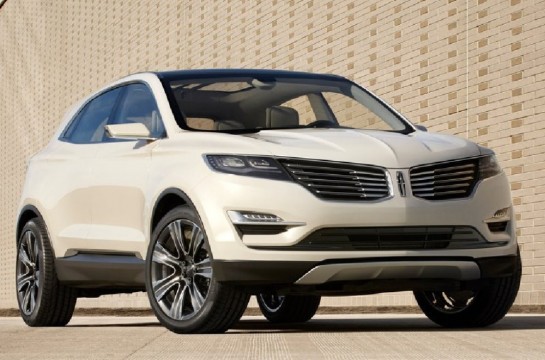 It is kinda respectable how Lincoln stubbornly continues with a design language that doesn’t really work that well. At the 2013 Detroit Motor Show they turned up with the MKC Concept, and, well, it’s a jacked-up MKZ. It is not bad, but designs like this only appeal to a small group of people, and that is not what you want when you need to sell more cars just to stay in business. Still, they think it will work.

Check out the MKC in details in the official video after the jump.

“We are reinventing Lincoln by focusing on the largest and fastest-growing segments of the luxury market, while offering clients something different,” said Jim Farley, executive vice president of Global Marketing, Sales and Service and Lincoln. “The just-introduced MKZ re-establishes Lincoln in the largest luxury segment, and the MKC Concept highlights a key opportunity in the fastest-growing part of the luxury market.”

“The MKC Concept has a wonderful stance and sits beautifully on its wheels,” said Murat Gueler, MKC Concept lead exterior designer. “It has a sleek, sculpted body and wheel arches and elegant shoulders. The lines of the vehicle appear relatively simple on first look but with a second view reveal a dynamic three dimensionality.”The Lincoln design team has done an outstanding job with the MKC Concept in communicating Lincoln’s design vision for reaching a new and discerning clientele.”