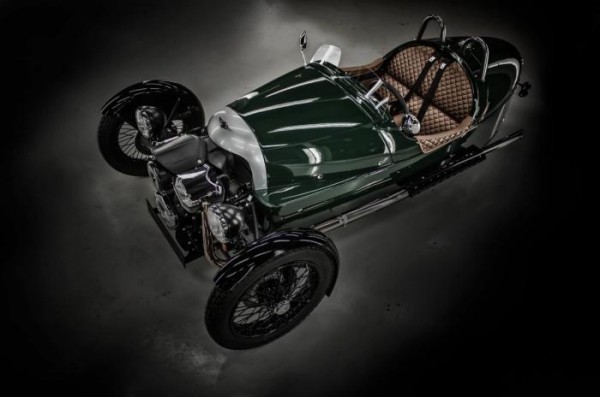 Hardly anybody expected the Morgan 3 Wheeler to catch on when the British car maker announced they are reviving the thing in 2011. But catch on it did, thanks to a super nice blend of retro looks and old-school fun. So much so that they decided to update the car and launch a new 2014 model.

It is a bit of a stretch to call the 3 Wheeler a car. Its intended role is to be a lovely little toy, and it’s brilliant at that, expect that it costs way too much money for a toy. Chances are the 2014 Morgan 3 Wheeler is going to be even dearer, as it benefits form thorough upgrades in the chassis and handling department.

The chassis and suspension systems are revised to deliver more torsional stiffness and less noise and vibrations. That makes the little Morgan less lairy and more planted, which is probably not a very good thing, as it takes away from the fun and thrill of its driving experience.

One change that is more welcome is an improved steering system that promises greater high speed stability and no bump steer. They have also devised a new system called the Urban Cooling Pack that keep the V2 engine up front nice and cool when you are pootling around town.

Visually, you can order some new graphics besides the lady in the stockings and fake bullet holes. That glorious shape, crucially, remains unchanged.