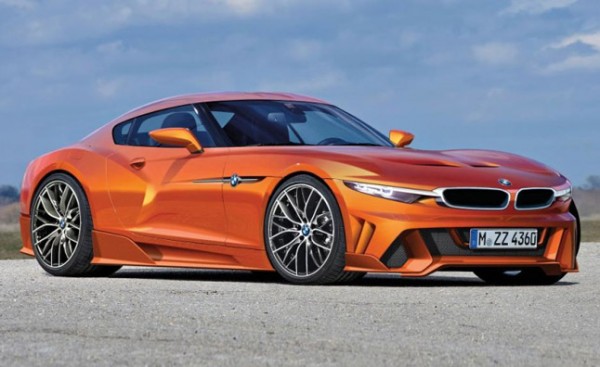 When Toyota and BMW confirmed they are developing a new sports car together, everybody thought it would be a GT86 sort of thing – a pure sports car with just enough refinement, power and style sprinkled on top to make it tolerable. Now the initial details of the project are starting to trickle down, and it appears this BMW-Toyota sports car thing is going to be more of a GT with proper power and features.

Set for 2017 release, the BMW-Toyota sports car is said to feature a hybrid construction with carbon fiber and aluminum. It’ll boast a front-engine, rear-drive layout, and will be powered by a 3.0-liter inline-six engine developing 400 horsepower. It’ll be able to hit 60 mph in four seconds! That makes it more of a Porsche 911 rival.

Mind you, these are the specs of the BMW version of the car. As with the GT86/BRZ project, there will be two versions available. The BMW version will be all posh and powerful and, of course, expensive. The Toyota version meanwhile will get less equipment, less refinement, and almost certainly less power.

The Toyota version of the car will be more of a pure, semi stripped-down sports car for the enthusiasts, while the BMW-badged car will be an upmarket GT. Price-wise, you can expect BMW’s half to cost between 40 to 50,000 Euros, while Toyota’s would be closer to 30.