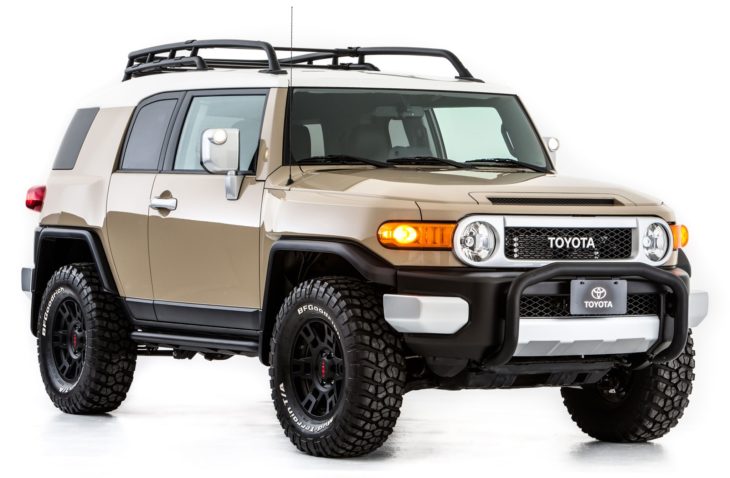 Motoring journos are well known to change their minds often, hating a car one day and then singing its praise another day. With that in mind, we admit that we are guilty of this crime when it comes to the Toyota FJ Cruiser, a car that is on its way to achieve cult status in the auto world. The FJ is long gone now, and enough time has passed since its getting the ax that we are now missing it, and want it back.

When the FJ cruiser first appear on the scene we remember not liking the whole idea. It seemed infantile and ridiculous, a sort of hummer wannabe that tried too hard to attract attention to itself. Granted, at the same time we were lambasting car makers for not making enough cool and funky models, but that’s that motoring journo duality we talked about above. At any rate, we didn’t care much for the FJ, nor for the people who bought it. They were mostly the type you try to avoid at a social function in case they engage in a long-winded rhetoric about how awesome they are.

So we were kind of happy that Toyota pulled the plug on the FJ after ten or eleven years of not-so-pleasing sales. Turned out there weren’t that many people who wanted their car look like a child’s toy. But something strange has happened since the demise of the FJ. This big bulk of muscular metal is now looking pretty darn cool every time we see it out and about. And we don’t mean in an offroad setting where the FJ is most at home. We mean just parked in the corner of a street clearly too narrow for it. In short, everything that was annoying about the FJ Cruiser is suddenly interesting.

The reason for that could be that the FJ Cruiser was ahead of its time. The world was not ready for a car built primary for fun. It seems that back in 2006 we were kind of uptight about the perceived image, as it were, to the point of depriving ourselves of the bucket loads of something like the FJ could provide. Things have clearly changed, because now we really don’t care if the neighbors think of us as douchebags and parvenus and whatnot. Who gives a toss what they think? And what’s wrong with your car looking and feeling like a toy? In fact, what aren’t all cars like that?

We are not at all surprised that the Toyota FJ Cruiser is not only holding its value incredibly well, but in some cases sells more second-hand than when it was new (we’re talking about the special editions and tricked-out versions). People are only just starting to appreciate what cool and playful SUVs can offer, and the market is thirsty for stuff like this. So we reckon it behooves Toyota to start thinking about bringing the FJ back from the dead. Of course, this is always tricky, because there is a chance that in their zeal to repeat the success of the original they overcook things and come up with a replacement that is an affront to the whole idea of resurrecting the car. But hey, they should at least try.