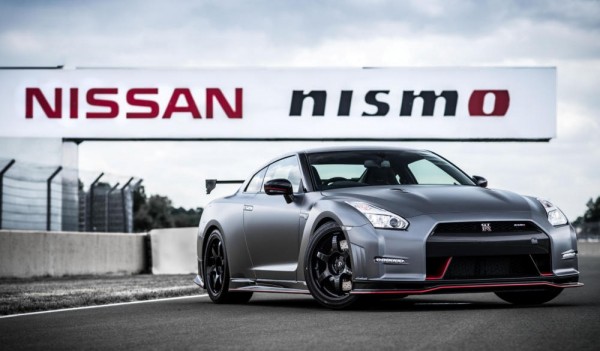 Nissan GT-R and Gran Turismo 6 video game are both among the greatest Japanese exports of all time. So naturally, they go really well together. Nissan announced that they are now offering the recently launched GT-R Nismo in GT6 as a free download. But there is a catch.

The virtual Nissan GT-R Nismo is free to download for any Gran Turismo 6 player who has entered the GT Academy 2014 competition. If you haven’t, you are going to have to pay for it in one of the in-game dealerships. But hey, if you spend a lot of time playing video games, you might as well join the Academy, as it could provide with an opportunity to finally leave your basement couch and do it for real. Outside.

The real Nissan GT-R Nismo is a beast of a car, powered by a VR38DETT 3.8-litre twin turbo V6 rated at 600PS. It is the closest thing to a SuperGT racer you can get for the roads, and the ideal tool for track day enthusiasts. The NISMO N Attack Package version of this car recently set the fastest record of a 7 minutes 8.679 seconds lap in volume production cars at the Nordschleife (North Course) on Germany’s Nürburgring.

Creator of Gran Turismo, Kazunori Yamauchi said: “The GT-R NISMO is an incredible car and I am thrilled that Nissan is able to not only offer it to drivers across the globe, but now also to gamers in the virtual world of Gran Turismo®6. It’s another great example of how Nissan continues to bring innovation and excitement to all – both in the real and virtual world!”