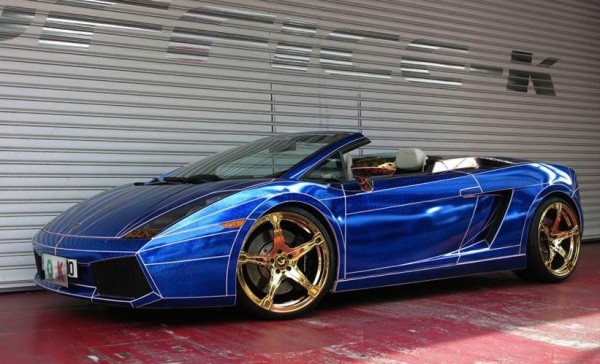 Tokyo-based tuner Office-K may soon be summoned by the authorities to explain their relationship with the Japanese mafia. This Lamborghini Gallardo Spyder they have specially prepared reportedly belongs Morohoshi, a branch of the notorious Yakuza gang.

Morohoshi’s boss is apparently very fond of shiny things and owns a couple of Lamborghinis fitted with lots f neon lights which he likes to cruise in at night looking super cool!

Morohoshi’s Lamborghini Gallardo Spyder is wrapped by Office-K with a unique textured film. The Tron-style wrap features a blue base garnished with flakes and golf lines, and complemented with leopard pattern accents. A set of gold Forgiato wheels and a sport exhaust system are among the other custom bits we can see in the pictures OFK released on their Facebook without any description.

This car, of course, looks absolutely silly to you and me. But this unique and rather artistic look goes down well in Tokyo, especially in the bad neighborhoods where it will probably end up. 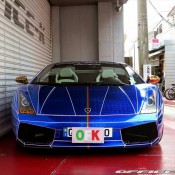 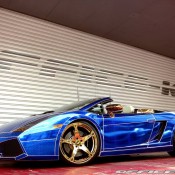 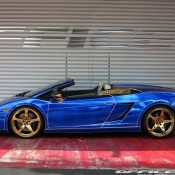 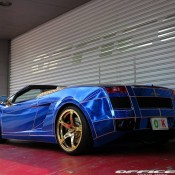 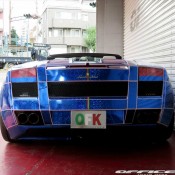 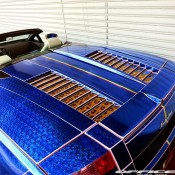 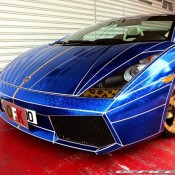 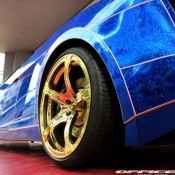 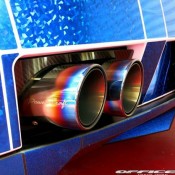