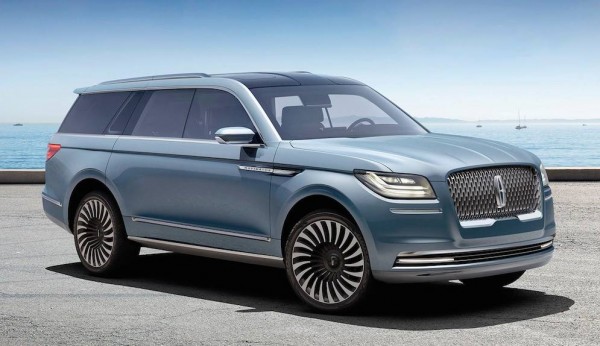 One of the hottest cars to be unveiled at this year’s New York International Auto Show is also one of the first. Meet the 2017 Lincoln Navigator Concept, a new take on the car maker’s only successful model in recent memory, back with new looks and features to reclaim its position as the top bling-bling SUV.

About ten years ago Lincoln Navigator and Cadillac Escalade had their own version of American civil war as they slugged it out every step of the way, each trying to establish itself as the ultimate American luxury SUV for rappers, athletes and media celebrities alike. That was a war won fair and square by the Caddy. But is the new Navigator is anything like what’s shown here, the Escalade is in trouble.

Of course, there is no word yet on whether or not the Lincoln Navigator Concept previews anything with production substance. But we have to admit we’re liking what we’re seeing here save the silly gullwing doors, the built-in wardrobe, the vulgar staircase, and those massive headrest screens that block all your visibility. Design-wise, the new Navigator is ace. It still looks like a block of flats on wheels, but the sheer size has always been a part of this car’s appeal.

2017 Lincoln Navigator Concept is powered by a 400 horsepower 3.5-liter twin-turbo V6 engine. The car is also chockfull of advanced safety features such as Pre-Collision Assist with Pedestrian Detection and 360-degree camera – features that hint at production plans behind the concept. 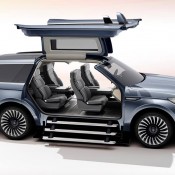 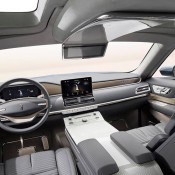 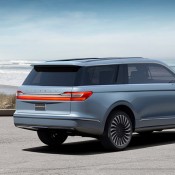 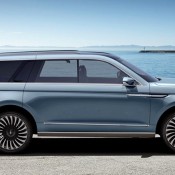 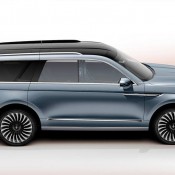 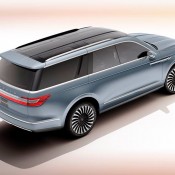 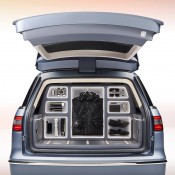 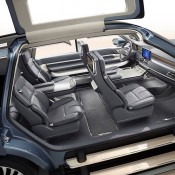 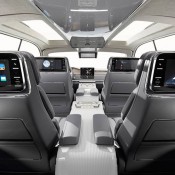