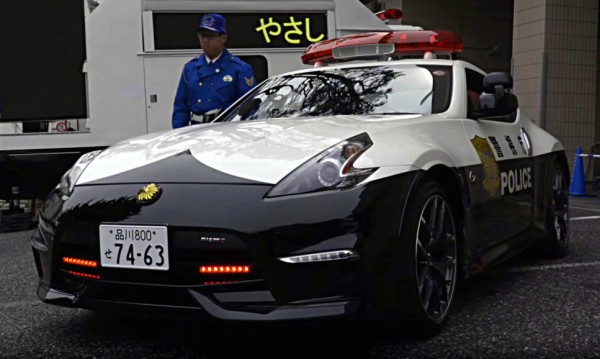 The Japanese Police has received a fleet of tarted-up Nissan 370Z Nismo patrol cars. These high-speed machines are delivered to Tokyo’s freeway patrol, presumably so they can chase the street racers and mad drifters who rule the country’s highways at night.

This is Japanese practicality and efficiency at its best. Whereas the Police in Italy, Australia and the UAE get exotic cars just for showing off and doing publicity stunts, the Japanese rozzers are actually going to use their Nissan 370Z Nismo for police work. So in the near future the internet is going to be awash with clips of these Nismos chasing souped-up GT-Rs and Civics around the block.

The officers are going to have a good time patrolling in their Nissan 370Z Nismo, seeing as the car boasts a tuned a potent 350-horsepower 3.7-liter DOHC V6 engine with Variable Valve Event and Lift Control (VVEL). The engine is matched with an exclusive, tuned H-configured exhaust system design, muffler tuning and an optimized calibration. Torque is rated at 276 lb-ft and it’s delivered to the rear wheels via a close-ratio 6-speed manual transmission.