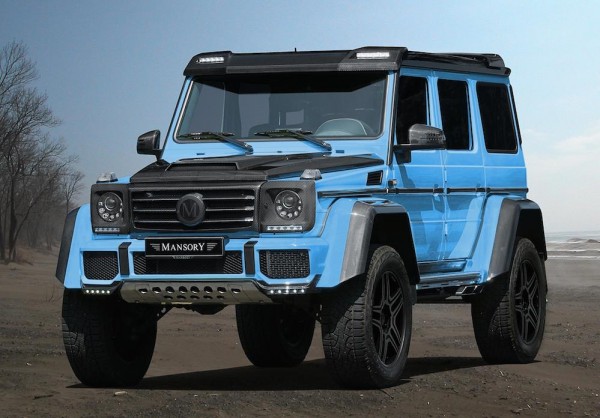 Well, it took them a while but Mansory has finally come up with a proper facelift package for the 4×4² variant of the G-Wagen. Shown here in baby blue with a carbon fiber face, Mansory Mercedes G500 4×4² is a return to form for the tuner as it looks properly peculiar.

For a While Mansory had us fooled into thinking they are done with ludicrous designs by releasing a couple of fairly sober cars. But with Mansory Mercedes G500 4×4² they are proving the madness is still very much there. Granted, the car wouldn’t look so outlandish in grey or black. But as it is, the thing is just a blue monstrosity.

As for the ingredients, the styling package for this car includes a new front spoiler with prominent LED headlights and new hood made from visible carbon, custom front wheel arches, mirror housings, handles and trim also in carbon, roof spoiler and carbon rear apron. They have left the wheels alone, presumably because Mansory has no set of wheels that would fit this enormous car.

Other highlights of Mansory Mercedes G500 4×4² include a Powerbox combined with a sport exhaust system which add 63 hp and 100 Nm to the output of the V8 engine, and an interior treatment consisting of carbon inlay and the aluminium pedals as well as fine leather and carbon fabric. 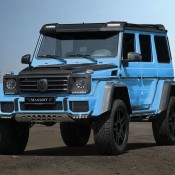 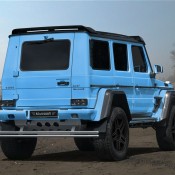 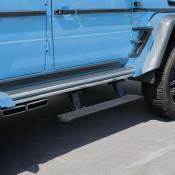 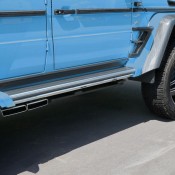 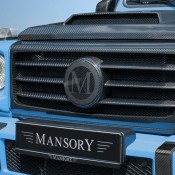 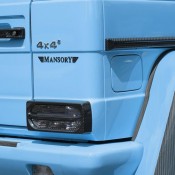 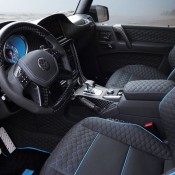 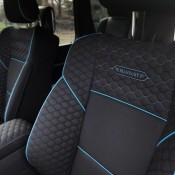 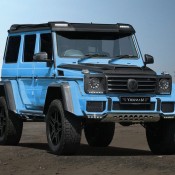