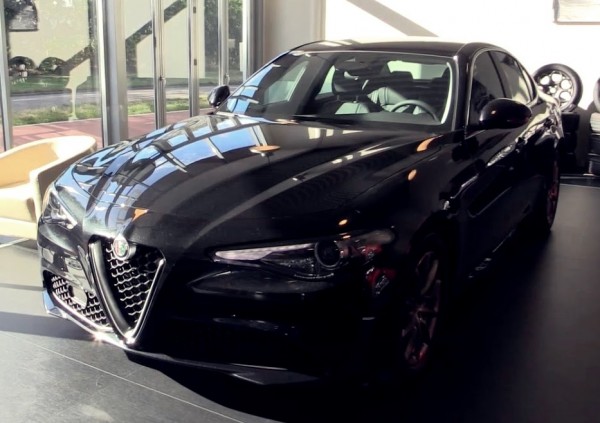 When it was first revealed Alfa Romeo Giulia was introduced only in the range-topping QV guise, which was meant not everybody could connect with it because not everybody could afford such a high-end machine. But now regular versions of the car are out and in this video we get to have an in-depth look at one inside and out.

What’s more, so far all the Giulias we’ve seen were in bright colors like red and blue. This Alfa Romeo Giulia, though, is finished in black, a color in which it looks seriously mean and sporty. So let’s join Alaatin61 as he takes us on a POV test drive of the car as well as a walk around the exterior:

This Alfa Romeo Giulia is powered by the  2.2-litre Diesel with 150 HP which can be ordered with a 6-speed manual gearbox or 8-speed automatic transmission. The engine also produces maximum torque of 380 Nm at 1,500 rpm which means the Giulia would rarely want for pulling power. The biggest technology highlights of the car include the Integrated Brake System (IBS) for considerably reducing braking distance – from 100 km/h to 0 in 38.5 m for the Giulia and in 32 m for the Quadrifoglio – and active suspension for exceptional comfort. Exclusive to the Quadrifoglio version, the Torque Vectoring technology affords outstanding torque distribution between the two wheels on the rear axle, and the AlfaTM Active Aero Splitter actively manages downforce at high speed.