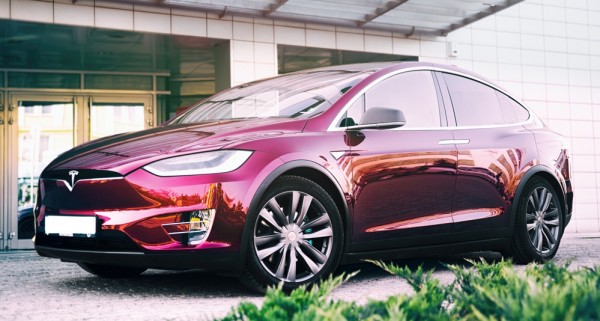 The now world-famous Bulgarian tuner Vilner wants to prove they are in tune with the time by working on this, a 2017 Tesla Model X P90D electric SUV. Thing is, judging by what they have done to this inside and out, they seem to be ahead of the time in some aspects, even if they don’t know it yet.

Vilner Tesla Model X uses turquoise as the main highlight of the interior because the tuner believes it is ‘the color of electricity’. This rather brash shade of blue/green is found on the seat belts and the edging of the carpets as well as the back of the seats, and they are complemented with circuit board pattern graphics embroidered onto the seats and parts of the dashboard. These may be a little on the nose, but hey, it’s their first crack at a car like this.

Vilner usually works only on the interior, but with this Tesla Model X they have also modified the exterior and, what’s more, went under the skin and added extra insulation on some strategic areas to create the world’s quietest Tesla. As for the exterior, they have installed carbon fiber front lip, mirror caps and rear spoiler with T logo egged in turquoise color and brake calipers in the same color, plus a set of Dark Plutonium Silver 20 inch wheels.

As always, the package also includes a luxury travel bag finished in the same leather as the seats and garnished with the same trim and stitching as found in the cabin. 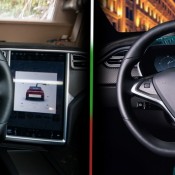 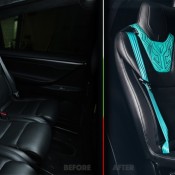 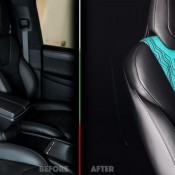 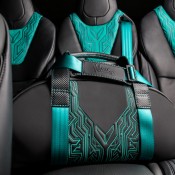 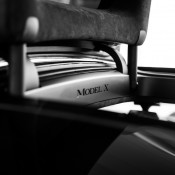 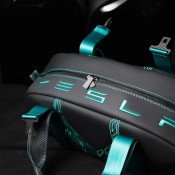 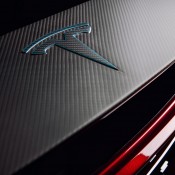 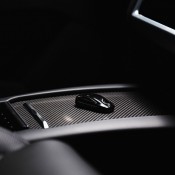 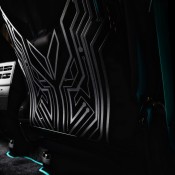 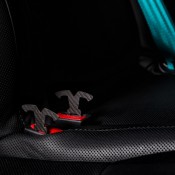 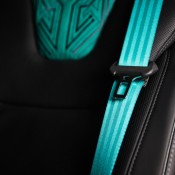 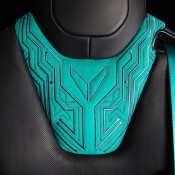 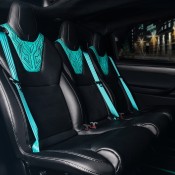 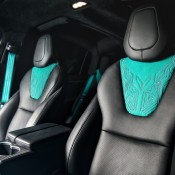 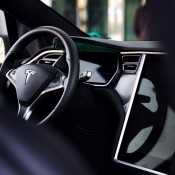 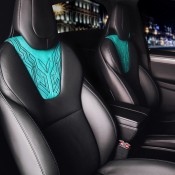 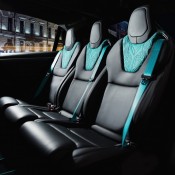 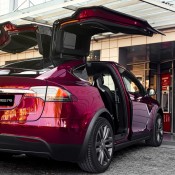 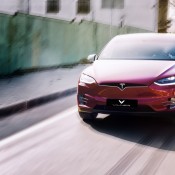 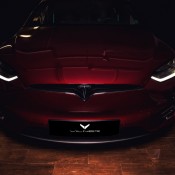