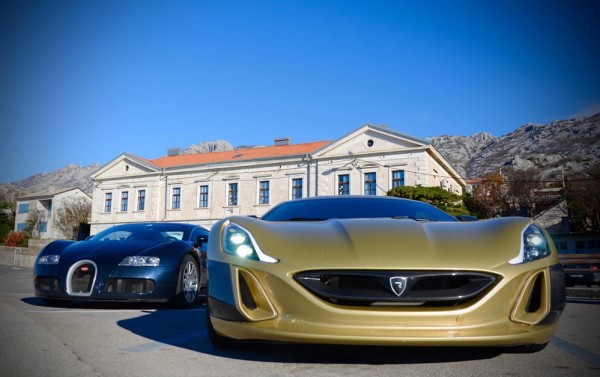 We have already seen the Croatian electric hyper car Rimac Concept One slay some of the world’s most celebrated super cars in head to head battles. Now, in a private challenge, Lord Pembroke of, well, Pembroke slapped the Croatian with his proverbial glove, inviting it to face in an all-out battle his own pride and joy, the Bugatti Veyron.

So His Lordship took the Veyron all the way to Croatia and pitted it against Mate Rimac, a 28-year-old entrepreneur who had a vision of what an ultimate super car should be and turned that vision into reality with Rimac Concept One. It’s amazing, while all the giant automakers are still scratching their heads how to come up with a fully electric exotic super car that works, Rimac is out winning battles and customers.

And so it went it that our Lord, who is by the way the founder of Wilton Classic and Supercar weekend, i.e. a proper petrolhead, risked looking like a modern Don Quixote and took on the Eastern Bloc wonder boy in a series of challenges:

“My Bugatti is astonishingly fast once it’s rolling and the turbo spools up,” says Lord Pembroke, “but the real eye-opener is the instant hit of acceleration from standstill the Rimac delivers – the motors provide all their torque the moment you floor the accelerator. The other thing that really blew me away was the cornering. With individually controlled electric motors powering each wheel, the Rimac has the ultimate cornering system.” 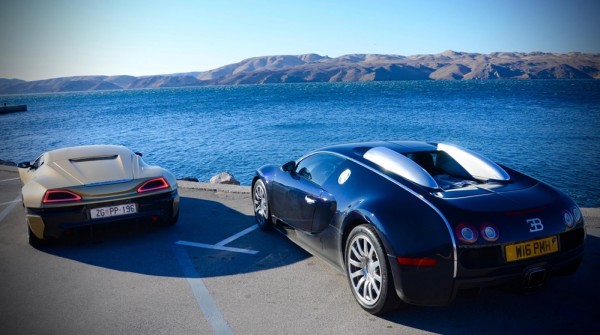