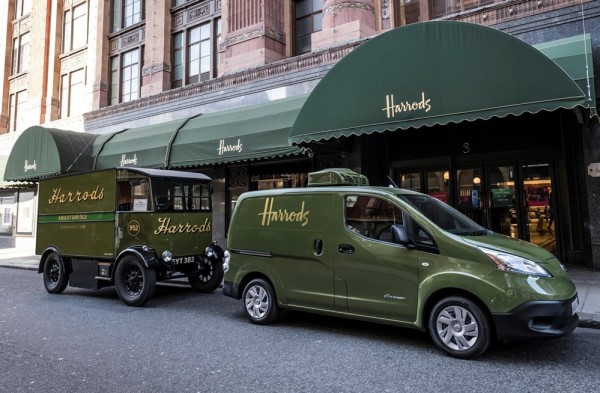 You might think Harrods getting an all-electric delivery van is a very forward-looking thing to do on the part of the luxury department store. But in fact it’s a reboot of a hundred-year-old gig for them. More than a century ago Harrods added an electric van to its fleet. Now they are doing it again with the Nissan e-NV200.

A lot of people don’t know that electric cars are as old as the fossil fuel cars but they didn’t catch on back then because the technology was rubbish. But now they are back with a vengeance and although the technology is still not perfect, they do at least offer a viable alternative to the “dirty” gasoline cars. For Harrods to pick the Nissan e-NV200 as the delivery van, however, has to do more with trends and brand image, not to mention their own history, than concern for the environment.

Harrod’s Nissan e-NV200 has been specially adapted to perfectly fit Harrods’ delivery needs. The load space of the van has been fully refrigerated and shelving units added to allow for fresh groceries to be transported in optimum condition. The exterior has also been wrapped in the traditional green and gold Harrods livery to make it recognisable as it travels around the city. The electric van has a range of only 106 miles on a single charge, but that should be enough for in-city deliveries. 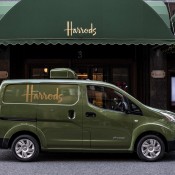 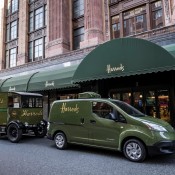 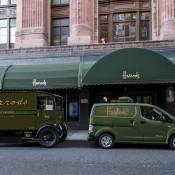 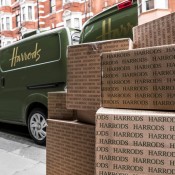 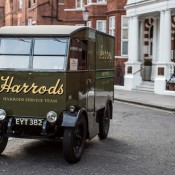 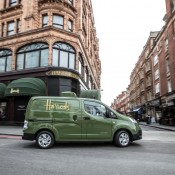