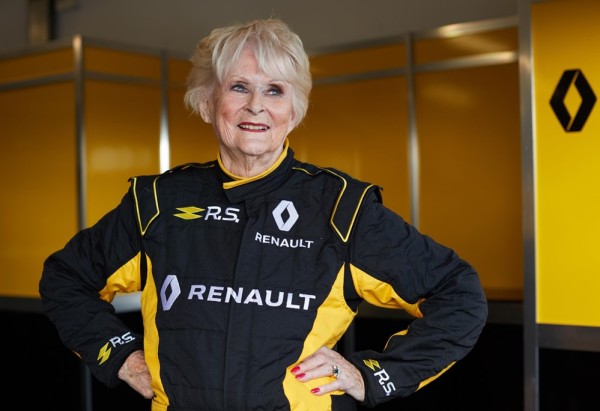 If you count yourself as a car guy and a driving guru prepare to be greatly humbled. This is Rosemary Smith, a sweet old lady of 79, and she’s just become the oldest person to successfully drive an 800bhp Renault Formula One car.

And it wasn’t nonsense, either. She wasn’t being assisted while handling the F1 monster or sent just around the pit for a potter with the engine set to 10 percent output. As you can see in the video below, Rosemary Smith drove that F1 car like a boss, accelerating and cornering far better than… well, than Richard Hammond for instance who tried this thing on the old Top Gear a few times, each time making a hash of it.

The event was organized by Renault Uk as part of Renault Sport Formula One Team’s 40th Anniversary celebrations:

In fairness, Rosemary Smith used to be a professional rally driver with awards from many big international events. She got her start working as a navigator for a rally driver and then switched to the driver seat with great success. A particularly poignant victory was the famous Tulip Rally, which she won in 1965, an achievement which made not only the motorsport world take notice but also Hollywood, with Elizabeth Taylor and Richard Burton sending her a huge bouquet and congratulatory letter. After years competing and winning at the highest level in world rallying, Rosemary set up her own driving school using Renault Clios and for the past two decades has campaigned for young driver education to be introduced in schools across the country. 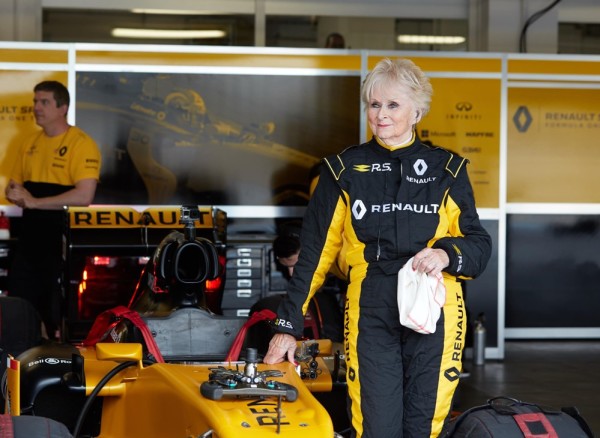