Latest @ MW
Home /Could This Be the Tightest F1 World Championship in Years? 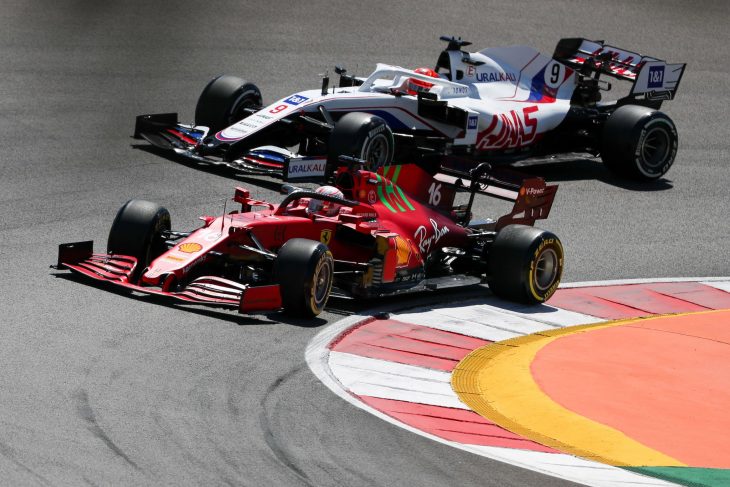 Those are the points margins that Lewis Hamilton has won the Formula One drivers’ championship by in the past four seasons, which does little to dispute the notion of some cynics that F1 is predictable.

Indeed, if you take Nico Rosberg’s anomalous victory in 2016 out of the equation, you see further wins for Hamilton (59 and 67 points) and the monstrous 155-point cushion enjoyed by Sebastian Vettel in 2013. It’s been a long time since the Formula One championship was truly competitive but perhaps 2021 will be the year that finally comes to an end.

It’s early days, of course, but so far, the campaign has been racked with intrigue. Granted, Hamilton has won three of the four races contested, but Max Verstappen has also claimed a victory in his improving Red Bull Honda. Meanwhile, Valterri Bottas has enjoyed pole position and fastest lap honours without getting a ‘W’ on the board.

Not only that but the races have been tight and competitive affairs too, and the hope is that the campaign remains as intense and evenly matched throughout. For context, the majority of sportsbooks are offering F1 betting odds for the drivers’ championship, and Hamilton – usually at a short price – is just 1/3 to clinch that eighth title, with Verstappen on 5/2. You can wager on individual races too, and again the smart money is on the Dutchman to push his nemesis all the way this term.

Usually shrewd judges, the bookmakers believe the 2021 F1 season is shaping up to be a cracker. So, here’s the tale of the tape so far.

The campaign got underway in Bahrain, and if anybody doubted that Red Bull was in the hunt for honours, Verstappen made sure everybody knew. He powered to pole position after a fine set of qualifying drives.

However, a questionably-timed pit stop enabled Hamilton to take the lead. But a switch to fresher tyres enabled Verstappen to close the gap – even with the Mercedes man allegedly breaking track limits on a number of occasions.

With just a handful of laps to go, Verstappen had closed to within less than a second of Hamilton, and he attempted to make his pass. The Dutch ace slid by the Brit but was forced to hand back the lead after going off the track. Hamilton went on to claim victory, but if the race had been a couple of laps longer most would agree that Verstappen would have been the likely champion in Bahrain.

If Bahrain had set the tone for the season, the Emilia Romagna Grand Prix at Imola cemented the hopes of many that we are in for a fantastically exciting ride. This time the roles were reversed – Hamilton had taken pole after a much stronger showing in qualifying from Mercedes, but it was Verstappen that would claim the points with a spirited drive.

The Dutchman set out his stall from the get-go, taking the lead as early as the first lap, and he never really looked back despite one attempted pass from Hamilton on lap 27. But wing damage to the Brit’s front end – and a relatively slow pit stop – enabled Verstappen to close out what was a fairly comfortable victory in the end.

Was this the race where Mercedes found their mojo again?

After falling back prior to a forced restart due to Kimi Raikkonen’s crash, it took Hamilton just four laps to wind his way past Verstappen into second place. Before the 20th lap was complete, he had also navigated a path past teammate Bottas, who had qualified in pole position.

This time, the margin of Hamilton’s victory was cavernous, although once again it was Verstappen – rather than Bottas – that chased him home in second.

It was off to Catalonia next, with the Spanish Grand Prix proving to be a happy hunting ground for Hamilton with four wins in as many years. He got off to the best possible start in 2021 too, claiming pole after setting the fastest time in qualifying in the third round.

But it was Verstappen, in a similar fashion to his Emilia Romagna pass, who again came out of the blocks the fastest, and he had overtaken Hamilton by the end of the first turn. A tremendous cat-and-mouse affair was settled by some arguable decision-making from Red Bull – they opted for a one-stop strategy, whereas Mercedes went with two.

It was the German form’s tactic that yielded the results they craved, with the slicker Hamilton overtaking Verstappen with just six laps left in the tank. The Dutchman simply did not have the drive power to regain his position.

So, there you have it – a mere glimpse into one of the most entertaining starts to a Formula One season in quite some time. Long may it continue!