Latest @ MW
Home /Albon In, Gasly Out As Red Bull Roll The Dice 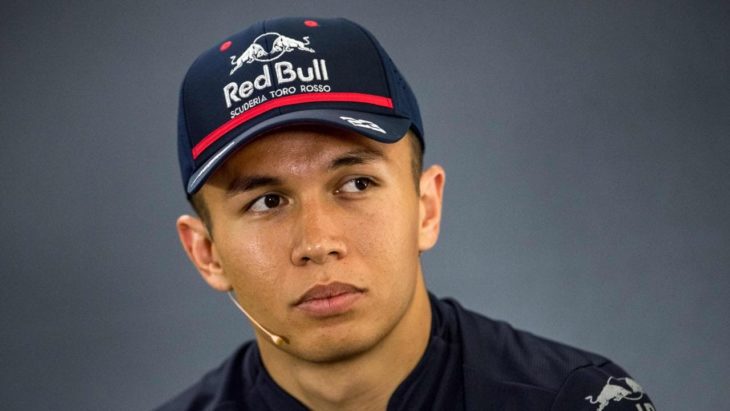 It only seems like a few weeks since we were looking forward to the start of the Formula 1 season, but we’re already halfway through this year’s calendar of races. Now, the summer break has arrived, and it’s a chance for teams to make the most of some time off, and take stock of how they’ve performed so far. For some times, like Mercedes, there isn’t much to complain about.

For others, like Ferrari, it’s probably a welcome respite from the miserable 2019 they’ve had so far. Red Bull, the other team in contention for honors this year, seem to have already completed their introspection period – and they’ve taken swift action. Pierre Gasly is out. Alex Albon is in.

The news hasn’t come as a great surprise to many Formula 1 viewers. Although almost all teams have a definitive ‘number one’ and ‘number two’ driver – and an expected gap between the performances of those drivers – the two are generally expected to be competitive with each other. Lewis Hamilton and Valtteri Bottas have swapped wins back and forth at Mercedes (although even that might not save Bottas – more on that later), and Sebastian Vettel has at times appeared to struggle to hold off the challenge of his young teammate Charles Leclerc. We haven’t seen the same happen at Red Bull. While Max Verstappen has been chasing podiums and winning races, Gasly has struggled, failing to achieve a single podium. There have been races where he’s finished a full minute behind his more illustrious teammate. Now, he’s out of the door.

In announcing that Gasly would be trading places with Toro Rosso’s impressive Alex Albon, Christian Horner was at pains to point out that the door isn’t necessarily closed for Gasly at Red Bull. At Toro Rosso, he remains under contract to the Red Bull Racing group, and could be recalled at any time. The relationship between Red Bull and Toro Rosso means that their four drivers can be used in any order. Like the symbols on a mobile slots game, Horner’s job is to line them up in a way that earns the maximum payoff. The wrong combination of symbols in mobile slots gets you nothing. The right combination is what lands you the jackpot. The jackpot on offer in Formula 1 dwarfs even the most impressive mobile slots games, and so Horner will have agonized before ‘spinning the reels’ and seeing if he can improve his yield. As with casino games, though, if nothing is ventured, then nothing is gained. We’ll know within a few races whether this was a gamble worth taking.

Gasly will likely feel aggrieved at his sudden departure, but will still have the chance to prove himself at Toro Rosso for the remainder of the season. Horner has said that Albon’s promotion to the ‘senior’ Red Bull team is a trial designed to allow him to assess which of the drivers deserves to partner Verstappen in 2020. Worryingly for the deposed Frenchman, this is similar to the excuse that was given when Daniel Kyvatt was dropped from Red Bull several years ago. Kyvatt was ultimately released from the team completely before being brought back to Toro Rosso this year. Perhaps tellingly in terms of Horner’s opinion of him, it doesn’t seem that Kyvatt was considered as a replacement for Gasly even though his performance has been on par with Albon’s, and he possesses more Formula 1 experience. That may not bode well for Kyvatt’s long-term prospects with the team.

As we alluded to earlier, Valtteri Bottas may be watching the news of Gasly’s removal in a cold sweat. There have been persistent rumors that Mercedes team boss Toto Wolff is less than enamored with the Finn’s performance so far this season, and feels that the team may have a ready-made replacement in Esteban Ocon. The young Frenchman was perhaps unjustly evicted from his seat at Force India at the end of 2018 to make way for Lance Stroll, whose father now owns the rebranded team. Various reports in the press one month ago suggested that Bottas had two races in which to prove himself if he wanted to ensure that he’d still be a Mercedes driver for the 2020 season. Those two races saw him crash out in a wind-swept German Grand Prix, and then qualifying ahead of Hamilton for the Hungarian Grand Prix only to start badly, damage his front wing and then limp home in eighth place. If Wolff was hoping that Bottas would respond positively to the pressure of the rumors, he’d have been disappointed.

Bottas’ struggles have arguably made things easier for Hamilton, whose lead at the top of the driver’s championship even at the halfway stage of the season looks unassailable. After appearing to be the only person capable of pushing Hamilton in the race for the title for the first four or five races of the year, the natural order at Mercedes has been restored. Hamilton has been winning races comfortably, with Bottas in second ensuring that the rest of the field is picking up too few points to stay in contention to challenge the Brit. Now, though, Verstappen is closing in rapidly on Bottas and will overtake him shortly after the season resumes if there isn’t an upturn in Bottas’ performance.

Unlike Christian Horner, Toto Wolff isn’t inclined to change drivers mid-way through a season, and so it’s likely that Bottas will complete 2019 as he is. Should he finish third in the driver’s championship – or even lower – it’s a virtual certainty that either Ocon or another driver will be partnering Hamilton in 2020 (assuming that the Brit doesn’t decide to call it a career – at 34, he’s approaching the end of his peak years in the sport, and will be 35 by the time the next season begins). A driver of Bottas’ undoubted ability would be almost assured of a drive elsewhere if he became a free agent, but his best chances of winning a World Championship would likely be gone if he had to make a move.

As for Gasly, in his mid-20s, this is likely to be a defining moment in his career. His objective now is to perform better in a Toro Rosso than Alex Albon can in a Red Bull, and win back his seat for next season. If he doesn’t, he and Bottas might be sharing hard-luck stories in a bar when the season comes to a close.