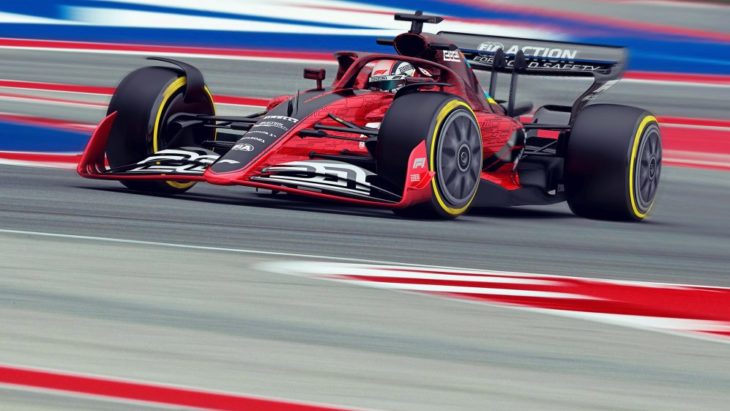 Formula 1 2021: These are the heavy design changes

We’ve witnessed several straight years of Mercedes’ dominance in the F1 world. People want to see more competitiveness on tracks, but it won’t be before 2021 when we are about to see heavy design changes. As the new set of regulations has been revealed, the 2021 F1 cars will look somewhat different compared to the present times. We’re looking at changes in the bodywork, front and rear wings, wheel control devices, suspension, tyres, and underbody aerodynamics.

The main goal behind the new design philosophy is to cut the gap between the F1 cars and make the championship much more exciting. We can’t wait to see the implementation of the new rules. Hopefully, the races’ will not be one-way streets anymore. The equality will affect several aspects, including the sports’ rise in popularity in the betting circles. Bettors should have much more options to back as the odds offered for the easily-predictable winner can hardly satisfy anyone’s desires at this point. Punters from the United States will no doubts have plenty of Formula 1 markets to bet on at bet365 USA.

The F1 cars will get a significantly changed (upgraded) look. Among several adjustments, front wings and suspension are going to be simplified, rear wings will be bigger, while underbody aerodynamics will be increased. The fans will have access to more information coming from a rotating LED display panel on wheel rims.

Even though the aforementioned modifications will leave a strong mark on the look of cars, the changes have a much more significant purpose than the aesthetic feature. One of FIA’s major concerns was the loss of downforce for cars running in closely behind a competitor. So far, the car at the back lost as much as 40% downforce. With the above-mentioned changes, the loss would be cut to just 5-10%, a shift that will likely result in an increased number of overtakes during the races.

Car upgrades over weekends are limited

Limitation of car upgrades over the race weekends is yet another important modification of rules. The mechanics will not have the opportunity to change certain components (such as brake pads) as many times as they want. All cars will be required to possess specific regulated parts like fuel pumps.

Furthermore, every driver will be able to utilize no more than six exhaust systems during a single season. Any additional usage will result in a penalty. In order to reduce costs and increase safety, FIA decided to implement a series of modifications in chassis and tyres. While it will make the cars somewhat slower than now, it will clearly cut the differences. Overall, the mechanical engineers will have much more restrictions in regards to the gearbox look.

The shift from high-profile to low-profile tyres will simplify the aerodynamics and help the teams with lower budgets to be more competitive.

For the first time in sport’s history, the rules will limit the team’s spending on the cars. As of 2021, each team will be capped to spend $175 million. It is important to mention that this particular cap affects the car’s design exclusively. Drivers’ salaries and marketing do not enter the mentioned spending limits.

The mentioned aerodynamic changes and spending limitations will seriously affect each team’s mechanics. Nevertheless, their lives will be even tougher as the testing time in wind tunnels has also been reduced. Instead of being able to completely optimize the car’s aerodynamics for a specific track, the teams will be forced to rely on CFD (Computational Fluid Dynamics) simulations. Each team will be allowed to perform no more than 400 wind tunnel runs in a single season in 2021. The number will be reduced to 320 in the following seasons.

Time will reveal the true impact of the new rules, but the field in the world’s fastest sport should no doubts be much more leveled than it is now.