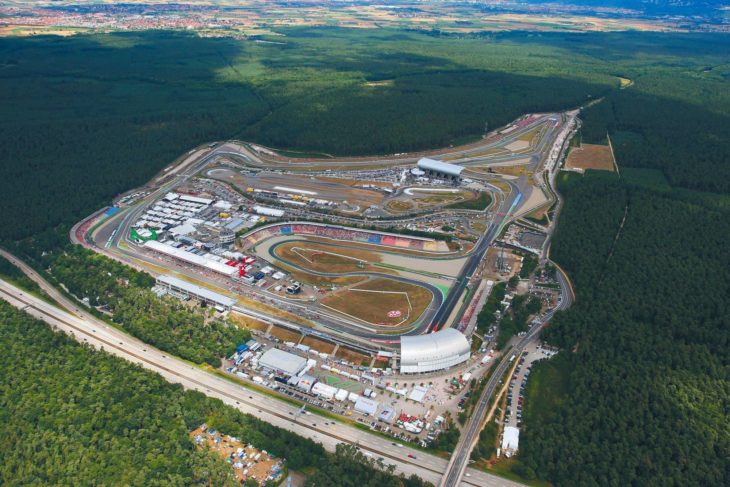 Lewis Hamilton has been installed as the massive favourite to seize the chequered flag at the German Grand Prix this coming weekend. The Brit delivered a masterful performance to overhaul teammate Valtteri Bottas at Silverstone last time out and he will be full of confidence as he heads to Hockenheimring. The Mercedes is peerless once again this year and Hamilton has continually outfoxed Bottas, so he is cruising towards yet another F1 Drivers’ Championship.

Hamilton has a great record at Hockenheimring, so it is easy to see why market-leading sportsbooks such as Bovada make him the odds-on favourite. He first won the German Grand Prix here during his time at McLaren-Mercedes all the way back in 2008. The race was then moved to the Nürburgring every other year and Hamilton also tasted success there, winning it in 2011. There was no German Grand Prix held in 2015, but Hamilton stormed to victory at Hockenheimring in 2016. There was another break in 2017, but the German Grand Prix returned last year and Hamilton was victorious again.

He is now bidding for his third German Grand Prix win in a row and his fifth overall. If he succeeds, he will become the leading driver in the history of this race, leaving home favourite Michael Schumacher in his wake. That could represent another symbolic triumph for Hamilton as he continues to put forward a compelling case to be named the greatest F1 star of all time.

He is now just 11 wins and eight behind all-time leader Schumacher, and he looks set to surge out in front soon. He is 39 points clear of Bottas and 87 ahead of third-placed Max Verstappen in this year’s Drivers’ Championship standings, so he is all but certain to claim a sixth world title. That would leave him just one shy of Schumacher’s record, and it is hard to see anyone breaking Hamilton’s stranglehold in 2020.

The rules are not set to change dramatically until 2021, so Mercedes’ dominance should extend for at least another season after the current campaign. Every year we expect Ferrari to close the gap, but it now seems as if the German team is simply pulling away from its Italian rival. Mercedes will have a great chance of securing a seventh consecutive Constructors’ Championship title in 2020, before the sweeping rule changes go live.

In two years’ time, F1 expects to see more raceable cars and more competitive grids as the organisers seek to tighten up the field with overhauled aerodynamic rules. “We have three teams that can win races at the moment, that’s all,” said F1 boss Ross Brawn. “Over the next couple of years, Formula 1 will be on a much better path, where a really good, moderately-funded team, can cause a lot of trouble. That’s what we want. If you get a Charles Leclerc or a Max Verstappen in a midfield team, it can make a difference. It won’t matter at the moment.”

There will also be budget caps designed to stop Mercedes and Ferrari outspending all their rivals. Standardised wheel rims, brake systems, radiators and pit equipment should narrow the playing field, while there will be a ban on hydraulic suspension systems and gearbox parameter specifications will be frozen.

Big teams and drivers are pushing back, but F1’s mind is made up and it will be fascinating to see how much more competitive the scene becomes in 2021. But until then you can expect a lot more dominance from Mercedes and Hamilton, starting in Hockenheimring at the weekend. It is now a year since Sebastian Vettel won a race, while Max Verstappen and Charles Leclerc lack his mentality and composure, and he appears to have his teammate’s measure, so it could well turn into another procession for the record-breaking Brit.