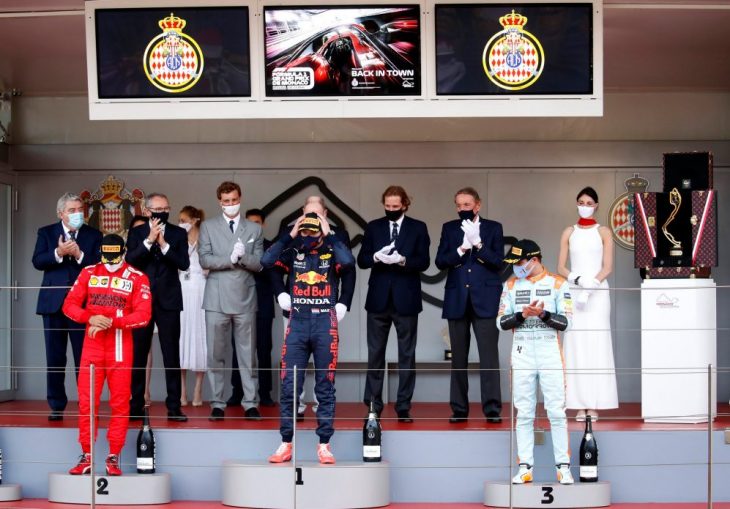 The 2021 Monaco Grand Prix will be remembered for two things. The first thing it will be remembered for – and the most important in the long term – is that it was a very bad race. The supposed motorsport competition turned out to be a procession from start to finish. If the FIA chooses tracks for the season based on their potential to provide exciting races, this will be the last time we ever see Monaco on the F1 race calendar. We all know that the sport will be back here in 2022, but we can’t say many racing fans will be looking forward to it after this dire drudge of a race.

Long-term concerns about the viability of the street track aside, the other thing the race is likely to be remembered for is exposing the weaknesses that the Mercedes F1 team has been fighting so hard to mask since the season began. Just how important this proves to be will depend on what happens between Lewis Hamilton and Max Verstappen (and Mercedes and Red Bull by association) between now and the end of the season. It will either be an inconsequential blot on Hamilton’s copybook or the beginning of the changing of the guard from the Englishman to the Dutchman as the sport’s top driver.

Neutral fans who watch the sport for enjoyment more than they watch any particular driver will hope for the latter. Hamilton is great – probably the greatest of all time – but he wins so often that Formula 1 has become predictable with him and the top. The dominance of the Brit and his team takes some of the drama out of watching races. Formula 1 – and the Monaco Grand Prix in particular, is supposed to be every bit as predictable as the F1 Racing casino game that’s based on it. If you know how such things work, you’ll also know that the best slot games at online casinos in the UK have multiple potential winning lines, offering you the chance to win at least something with every spin – some of the most popular casinos are reviewed by the experts at sistersite.co.uk. That’s how to make casino games of that kind entertaining. If someone came up with a game that had only one winning line, nobody would go near it. All too often in recent years, Hamilton has felt like the only possible “winning line.” The more competitive Verstappen becomes, the more we get the “anything could happen” feeling when we’re watching.

At this early stage, it’s hard to say how much of Mercedes’ failure in Monaco was down to Hamilton and how much was down to his team. It’s true that Hamilton had a surprisingly difficult qualifying session and can probably only blame himself for the fact that he started in seventh place. He was comfortably out-qualified by his teammate – something that very rarely happens to the world champion – and had no chance of winning from the moment the race started. The fact that he couldn’t improve on that position was very much down to his pit lane team. They made the decision to put Hamilton first – before any other racer on the track – in the hope that he’d be able to undercut at least one or two of the drivers in front of him. Because he went first, the other teams were able to react. Hamilton ultimately lost track position to Pierre Gasly, Sebastian Vettel, and Sergio Perez. He was furious with the bad strategy call, and he had every right to be. He’d been conserving his tyres for a longer run, so he was surprised to be called in and angry when the call turned out to be the wrong one. He gave himself a bad start, but the team’s strategy ruined his race.

Hamilton’s teammate Valtteri Bottas had even worse luck. Based on the way he was driving, he was never likely to catch Verstappen – it’s becoming increasingly apparent that the Finnish driver isn’t capable of that – but he’d have been guaranteed a podium position had one of his front wheels not inexplicably have got stuck during a pit stop. No matter which tool they used or how long they pulled on it for, they couldn’t get the wheel off. Bottas’ race ended in a shambles, and the offending wheel was still stuck to the car when Mercedes packed up their equipment and left Monaco. Everyone at Mercedes was embarrassed. Every other competitive team along the pit wall was delighted.

There have been signs that the Mercedes pit lane team isn’t everything it ought to be in the past. The most egregious of them is when they somehow managed to fit the wrong tyres to the wrong car during George Russell’s stand-in appearance for Hamilton at the Sakhir Grand Prix. Russell should have won that race. Instead, he came in 9th. Bottas, who also ended up with the wrong tyres because of the same incident, finished one place ahead of him in 8th. The incident was a disaster for Mercedes but treated race fans to the memorable sight of Sergio Perez finally taking the chequered flag and winning a Grand Prix, with Esteban Ocon and Lance Stroll joining him on the podium after Max Verstappen failed to finish. At the time, it was seen as a one-off. There have been other mistakes since, but the greatness of Hamilton usually camouflages them. This time, even he couldn’t get Mercedes out of the hole they dug for themselves.

Red Bull’s pit lane team is every bit as good as their Mercedes counterparts seem to be bad. More often than not, Red Bull can complete a pit stop in a fraction over two seconds. They’re frighteningly efficient, and they use it to their advantage. Going forward, we might see the team use pit stops aggressively against Mercedes. If they pit first, Mercedes has to respond quickly. If they pit unexpectedly, Mercedes has to come up with an answer on the fly. That will put an already-struggling pit land team under pressure and might create more mistakes. The Mercedes car is probably still superior on the track, but if mechanics let it down, that advantage could disappear. We look to be heading into a very exciting part of the season – one in which the destiny of both the driver’s and constructor’s championships could shift decisively one way. What happens with pit stops might turn out to be every bit as exciting as what happens on the track.