Latest @ MW
Home /Who Are the Most Aspiring Prospects in Formula1? 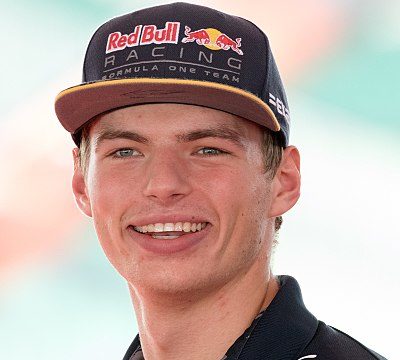 The World Drivers’ Championship changed its name to Formula One World Championship in 1981. Sanctioned by the Fédération Internationale de l’Automobile (FIA), Formula1 is the highest international auto racing class for single-seat racing cars. Since its inaugural season in 1950, Formula1 has been one of the premier racing forms in the entire world. The word Formula means a set of rules that every participant’s car must adhere to.

One season consists of a series of races known as the Grands Prix, French for ‘grand prizes’ that take place around the world on closed public roads and purpose-built circuits. This article will address five of the most promising prospects in Formula 1. Since this article is about sports, and sports are most often about breaking records and passing torches.

For that reason, today, just about every sport is associated with gambling and placing a bet on the team with the most chance of success. Most people get involved in betting mostly for the entertainment value; watching sports is fun, but with money on the line, the excitement can amp up. Since Formula 1 is the highest class of international racing, this guide will give an indepth look into the drivers, what the racing enthusiasts expect and everything about the F1 betting market.

Gasly was born on 7th February 1996 and is a Formula One driver that races under the French flag. In 2016, he won the GP2 series, while in 2014, he was runner up in the Formula Renault 3.5 series. Gasly drives for Scuderia Alpha Tauri in the Formula E series. In 2020 he finished 10th behind Lando Norris. He won the 2016 GP2 Championship and finished second in the Super Formula Championship. Of 64 starts, Gasly has 199 points, two podiums, and one win.

Max Emilian Verstappen is a 23-year-old Belgian-Dutch racing driver under the Dutch flag for Red Bull Racing. He is the son of former Formula1 driver Jos Verstappen. In 2015, he became the youngest driver to compete in Formula One at 17 years old. At 18, he became the first youngest driver to win at the Spanish Grand Prix. He achieved another nine victories over the next four seasons. He gained for a Honda-powered driver that last happened in 2006. In the 2019 and 2020 championships, he finished third and remains at Red Bull until the 2023 season. Verstappen has 1162 career points, ten wins, three pole positions, and 42 podiums out of 119 starts. In the 2020 season, he finished 3rd with 21 points.

Charles Marc Herve Perceval Leclerc, born on 16th October 1997, made his Formula One debut in 2018 at the Australian Grand Prix for Sauber. Sauber is an affiliate of Ferrari. Leclerc was part of the Ferrari Driver Academy. Starting 2019 to the end of 2024, Leclerc is currently driving for Ferrari. Charles won the GP2 series championship in 2016 and FIA Formula 2 championship in 2017. In 2019, he became the second-youngest driver to qualify on pole position at the Bahrain Grand Prix. During the same year, Leclerc received his first career win in Belgium, his first Italian Grand Prix as a Ferrari driver. He won the Pole Trophy becoming the youngest driver and the first non-Mercedes driver to win the trophy since its introduction in 2014. Leclerc has 401 career points, seven pole positions, and two wins of 59 starts. In the 2020 season, Leclerc finished eighth.

Son to Carlos Sainz, double World Rally Champion, is a racing driver in Formula One. Born on 1st September 1994, Carlos Jr made his Formula One debut in the 2015 Australian Grand Prix. He has had 119 entries 1nd 118 starts with 372 career points, having had two podium wins. In 2019, Sainz moved to McLaren to replace Fernando Alonso and took his maiden Formula One podium finish at the 2019 Brazilian Grand Prix. The following year, he finished second at the Monza before leaving for Ferrari at the end of that season. In the 2020 season, Carlos finished sixth.

Born on 6th February 1995, de Vries is a Dutch Formula One driver, having made his debut in the Formula E series in 2019 and drives for the Mercedes team. In 2019, he grabbed the FIA Formula 2 Championship. In January 2010, De Vries signed to McLaren and won the Karting World Championship in September the same year. In 2014 he placed 1st in the Eurocup Formula Renault 2.0 while still signed to McLaren; he had racked up five wins, six pole positions, ten podium finishes, thirteen most top-ten wins, and five fastest laps in a race.