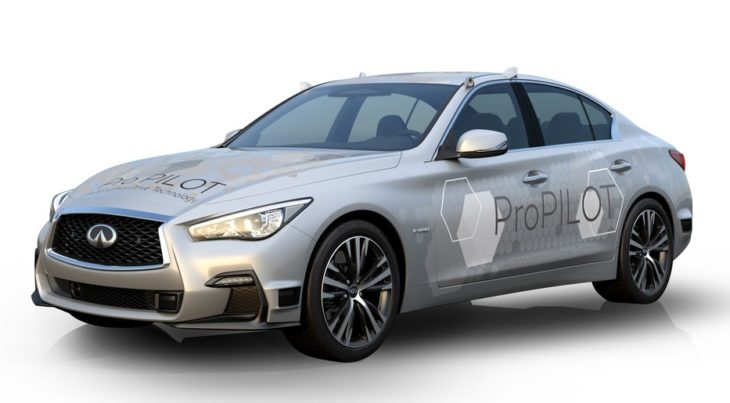 When Nissan introduced the semi-autonomous ProPILOT system on the new 2018 LEAF they thought they’d accomplished a great feat. But then they realized the pace at which the autonomous technology is moving forward was way faster than they had anticipated. So they are scrambling to advance the ProPILOT system and they’ve got themselves an autonomous Infiniti Q50 to do so with.

Deployed on the streets of Tokyo with a couple of chaperones to make sure it won’t go astray, the autonomous Infiniti Q50 is putting to the test the next-generation ProPILOT self-driving functions.The technology enables the vehicle to operate autonomously on urban roads and freeways, beginning when the driver selects a destination using the navigation system, until arrival. In other words it provides full autonomy, as opposed to most other current systems which have partial self-driving capabilities, or can do it only on certain kinds of roads.

The autonomous Infiniti Q50 which is the test bed for the next-generation ProPILOT technology is outfitted with a host of sensors, cameras and radars, and it uses an artificial intelligence brain to make sense of the incoming data. The car has 12 sonars, 12 cameras, nine millimeter-wave radars, six laser scanners and a high-definition map. The powerful hardware is backed up by a software clever enough to ensure human-like driving feel and, more importantly, optima reaction in the face of the challenges the car faces navigating around the town. 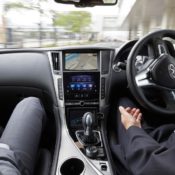 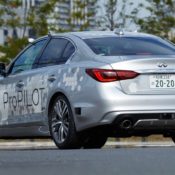 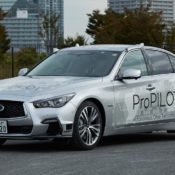 “Ingenuity is at the heart of everything we do at Nissan,” said Takao Asami, Nissan’s senior vice president in charge of research and advanced engineering. “Our next-generation ProPILOT prototype showcases technology that will be available for real-world use from 2020. Today’s demonstration is another example of our successful work toward creating an autonomous driving future for all.”