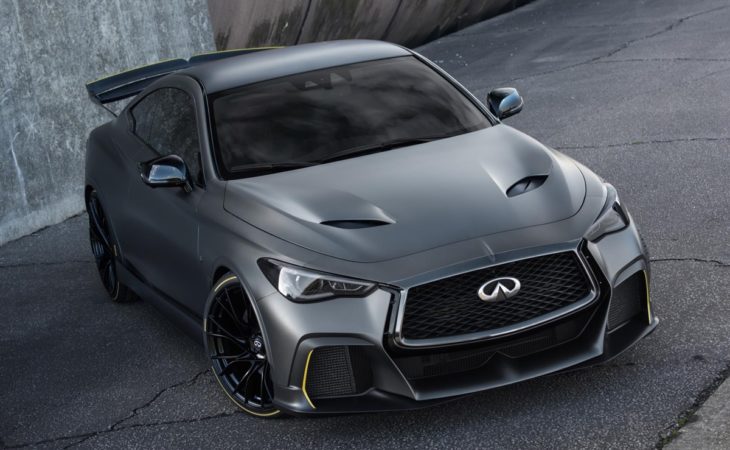 Actin in accord with their promise to electrify their range from 2021, Infiniti decided to start the push with their highfalutin concept, the Project Black. SO they tweaked it and turned it into the Infiniti Project Black S Prototype, which is a hybrid. If this is what the electrified Infinitis of the future are going to be like, sign us up.

We are, of course, familiar with the looks of the Infiniti Project Black S. Save some heavily accentuated panels, it’s the same as before. What’s new about this thing is the powertrain. The new S model features a dual-hybrid system that generates 570 PS combined. It consists of a 3.0 liter V6 twin-turbo with energy recovery system (ERS), and it enables a 0-100 km/h time of under four seconds. The system can also harvest heat energy from exhaust gases. This enables the powertrain to generate electrical power under both braking and acceleration. 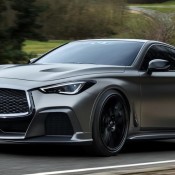 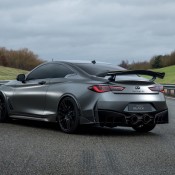 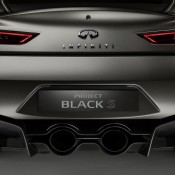 The prototype has been developed jointly with Renault Sport Formula One Team. It kind of celebrates the Renault-Nissan-Mitsubishi alliance as well. Infiniti Project Black S is based on the road-going Q60 RED SPORT 400 sports coupe. The F1 know-how has been used in the performance department a well as aerodynamics, as evidenced by the carbon fiber rear wing.

Roland Krueger, Chairman and Global President at INFINITI, comments: “INFINITI has reached another milestone on its road to electrification. Building on the strength and success of the electric vehicle expertise of the Renault-Nissan-Mitsubishi alliance, INFINITI is showing the Project Black S, a high-performance prototype with F1 technology resulting from collaboration within the Alliance.”