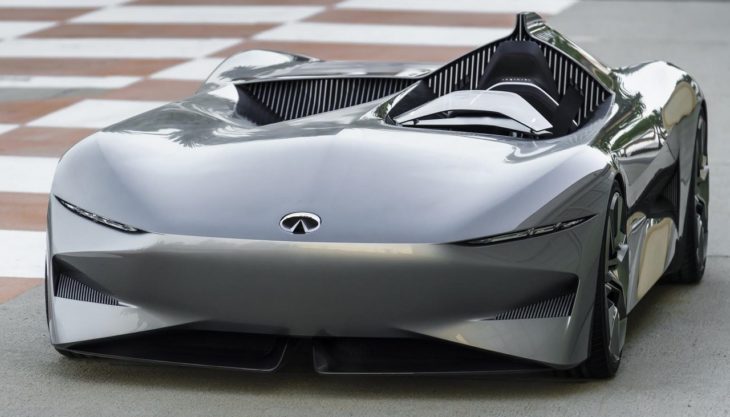 This year’s Pebble Beach Concourse d’Elagance sees the debut of a new Infiniti concept, as it does pretty much every year. It is called the Infiniti Prototype 10, and it follows last year’s Prototype 9 with a sleek and modern speedster design that is too cool and sweet for the real world.

Yep, again, this is not something they can or want to put into production. This is just Infiniti showing off what they could be making in a perfect world instead of excellent but boring family cars they make now. Infiniti Prototype 10 evokes “spirit of early Californian speedsters” and it does it well, except for the electric drivetrain part. This concept is also the car maker’s way of reaffirming their commitment that from 2021 all their production models will be electrified. The 10 is the result of collaboration between Infiniti design studios in Japan, UK, and San Diego, California, and it’s the first project overseen by Karim Habib, the former golden boy of BMW and current Infiniti Executive Design Director.

“The INFINITIPrototype 10 echoes the layout and design of early speedsters. This period saw the creation of some of the most evocative car designs of all time, where power was celebrated through high-powered single-seat competition cars. Our new concept speaks of an electrified future, something which is reflected in its form and details. It is appropriate that we found inspiration in an optimistic bygone era in which cars were characterised by the simple love of driving.” Karim Habib 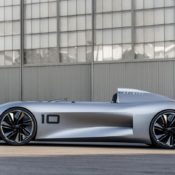 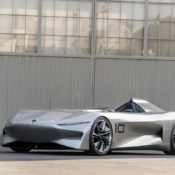 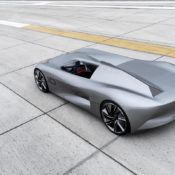 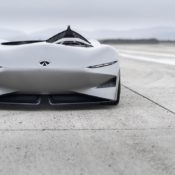 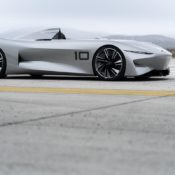 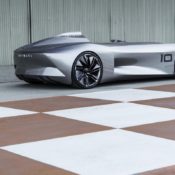 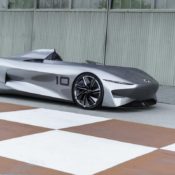 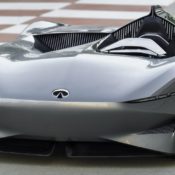