So last year at the Pebble Beach Concours d’Elegance they unveiled the Prototype 9, and this year, naturally, comes the Infiniti Prototype 10. The new concept for the 2018 event is not so much an evolution of the 9 than a re-interpretation, giving the retro speedster look of that car a modern twist.

In fact the inspiration behind the design of the Infiniti Prototype 10, which is also an electrified speedster, has been the Q Inspiration. That is why it look more similar to the company’s current range of production cars, especially around the front. They say the 10 also previews design cues to be featured on future Infiniti models, which is a cool thing because it appears they are finally done with all those melty lines and are adapting a more muscular look with straight, clear-cut lines. This is going to be the look, sort of, of electrified Infinitis from 2021.

Infiniti Prototype 10 will celebrates its world premiere at the Pebble Beach concourse on August 23.

“The INFINITIPrototype 10 echoes the layout and design of some of the most evocative car designs of all time, where power was celebrated through high-powered single-seat competition cars. Our new concept speaks of an electrified future, something which is reflected in its form and details. It is appropriate that we found inspiration in an optimistic bygone era in which cars were characterized by the simple love of driving.” Karim Habib, Executive Design Director, INFINITI 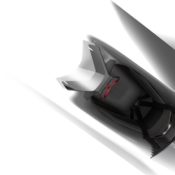 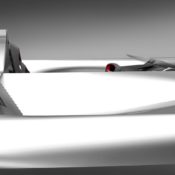 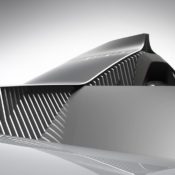