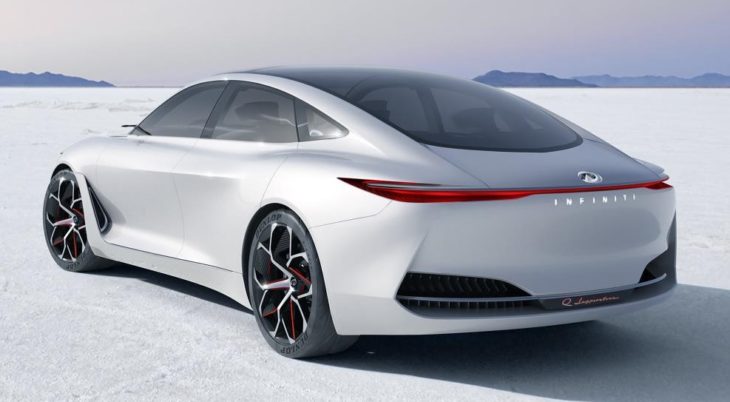 With the 2018 North American International Auto Show (NAIAS) in Detroit only a couple of weeks away, Infiniti decided to tease us with the first official photo of their latest concept. The Infiniti Q Inspiration previews the firm’s new design language ad also their vision for a future model for the saloon segment.

The first thing that strikes a viewer upon seeing the Infiniti Q Inspiration Concept as a welcome new feature is the fact that the new form language is a lot less melt-y than before. You  probably remember Infiniti’s previous concepts and how every bit of them looked like they’d been exposed to vicious flames and then deep-freezed while melting. It was an odd, but fascinating look that made its way to some extent to production models. The new design is neater and cleaner and altogether less cluttered. We probably have Executive Design Director Karim Habib, formerly of BMW, to thank for the improvement.

We have to see the Infiniti Q Inspiration Concept in full before making a real opinion of it, but we’re liking what we’ve seen of it so far.

Karim Habib said “We aim to take traditional saloon architecture to its next stage of evolution. Experimenting with new proportions in an established segment with the arrival of smarter, compact powertrains, the Q Inspiration features a shorter hood and elongated body, with all the benefits to interior well-being, comfort and space that this layout entails.”