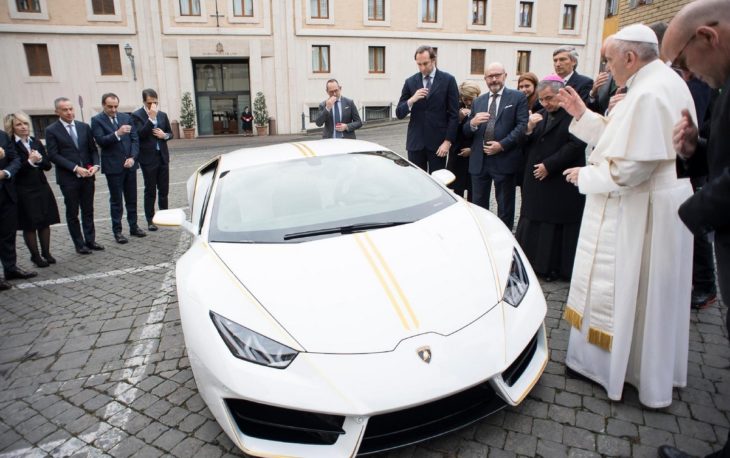 If we were to name the most hedonistic brands of automobile, Lamborghini would definitely be in the top 5. That is what makes what you are about to hear a little out of the norm. They went ahead and gifted a brand-new Lamborghini Huracan to Pope Francis, probably as an act of repentance for providing thousands with intense worldly pleasures!

The Holy Father blessed this white Lamborghini Huracan with gold stripes with a wave of his hand – talk about superpowers – during the handover ceremony in Vatican. Pope Francis is not going to drive the car, although you never know with this one. He’s done some cool un-Pope-like stuff before. But the main purpose of this affair is for the Huracan to be auctioned off, with the proceeds going to the Pope’s charity programs, most of which help Christians in need around the globe. 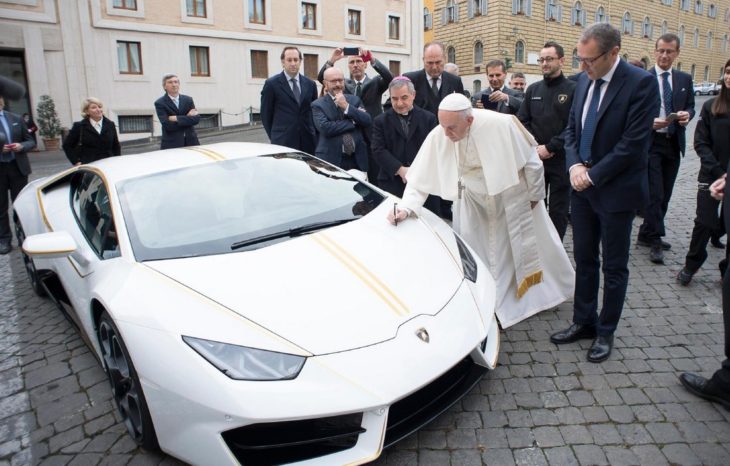 As far as celebrity endorsements go, the Pope pointing at the car and murmuring some Latin words is up there with previous ownership by Elvis Presley. That is going to guarantee a goodly sale when this holy Lamborghini Huracan goes under the hammer at an RM Sotheby’s event on May 12, 2018. The buyer will also appreciate Bianco Monocerus with Giallo Tiberino cplor scheme,done by Ad Personam department as a tribute to the colors of the flag of Vatican City. 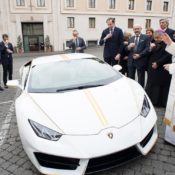 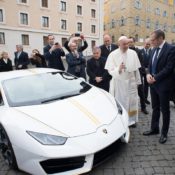 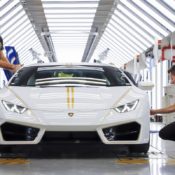 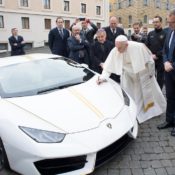 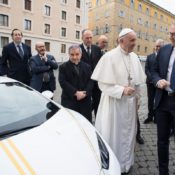 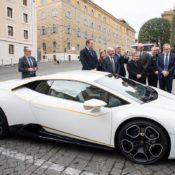 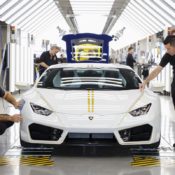 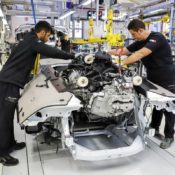 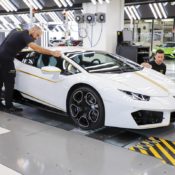 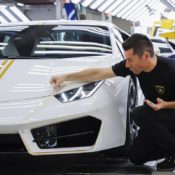 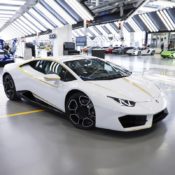 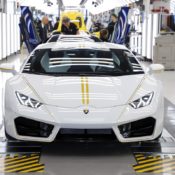 Pope Francis Charities to receive the Huracan money include: