Following a number of teasers Automobili Lamborghini is now ready to reveal the official Nurburgring lap record of their super hot new product, the Lamborghini Aventador SVJ. The beastly machine, the details of which are yet to be released, went around the 20.6 km track in 6:44.97 minutes.

The astonishing record is partly due to the enormous power of the V12 engine that powers the Lamborghini Aventador SVJ (weight-to-power ratio of only 1,98 kg/hp), and partly due to its superb aerodynamics. The car boasts Lambo-patented ALA 2.0 active aerodynamics system with aero vectoring which makes the bull a lot more tame and easy to handle. Hard-core fans of the brand are going to argue that it’s not a good thing when a Lambo is easy to drive, but even they have to admit, that time leaves very little room for complaints. 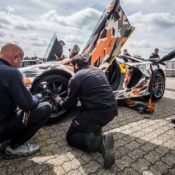 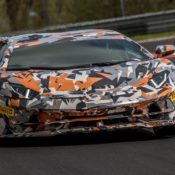 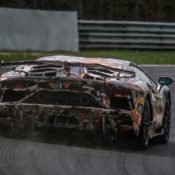 Lamborghini Aventador SVJ also benefits from enhanced four-wheel-drive system, rear-wheel steering and ESC, as well as specifically-developed Pirelli P Zero Corsa tires as standard, even though the record-setting car used P Zeros. Stay tuned for more on this most exciting car of 2018 over the coming days.

“The Aventador SVJ takes the Jota suffix, following the Lamborghini tradition for denoting a car’s track-focused talent. This new car is the convergence of Lamborghini technologies to produce a super sports car that transcends current performance benchmarks,” says Automobili Lamborghini Chairman and Chief Executive Officer, Stefano Domenicali. “Its tenure as the Nürburgring lap time record holder, even before its unveiling during the Monterey Car Week in California in August, endorses Lamborghini’s competence in applying superlative design engineering and ground-breaking technologies. The SVJ is a super sports car at the zenith of performance, while also ensuring unrivalled driving pleasure.” 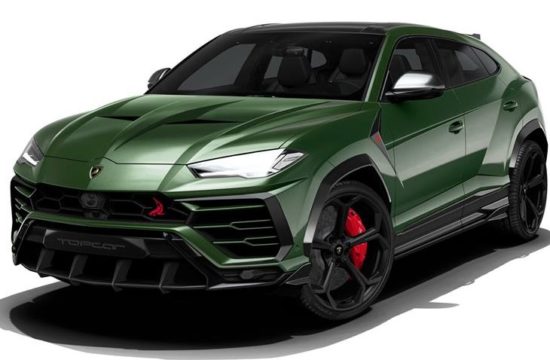