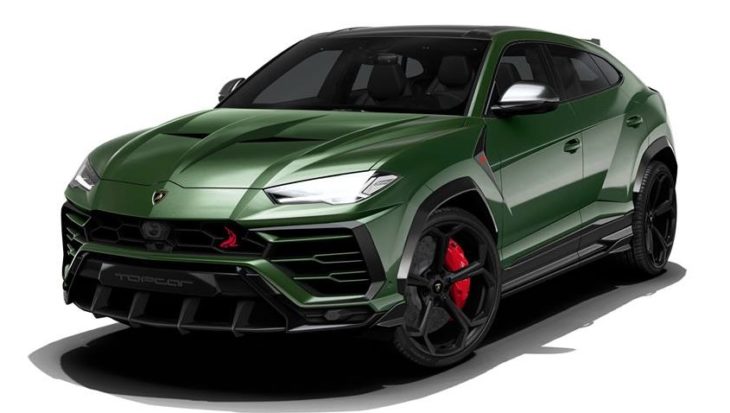 Russian tuner of exotic cars TopCar beocmes the first firm to announce an upgrade package for the Lamborghini SUV, the Urus. It remains to be seen if TopCar Lamborghini Urus will be the first tricked-out version of this car to come out, but regardless, it will certainly be one of the coolest.

We are basing that judgment on how exquisitely cool TopCar Lamborghini Urus look in these official renderings. Having seen their previous works from drawing all the way to the real-world release, we are fairly certain this is exactly what TopCar will make the real package look like. Granted, part of the coolness here is down to that awesome army green paint job. But that is not a tall order for a tuner like TopCar to produce in their workshop. 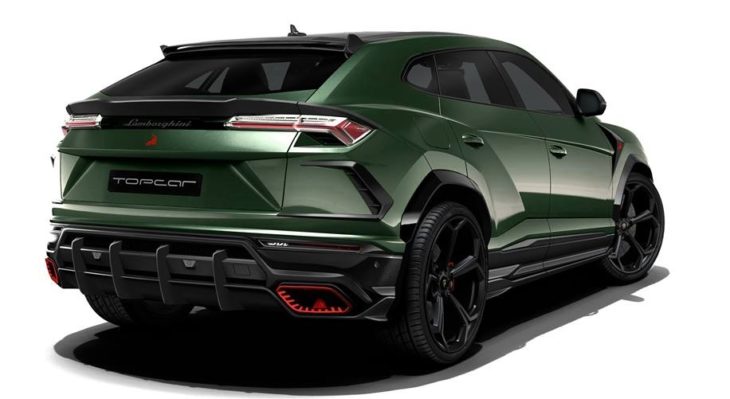 TopCar Lamborghini Urus, in its first version at least, gets a fairly subtle styling treatment. Well, subtle by Lamborghini and TopCar’s own standards. AT the front you find a chin spoiler and new grille surrounds, complementing the black fender flares the sides.There is also a couple of chunky side skirts which give the Lambo SUV an even more athletic look, and you get red brake calipers inside matte black wheels. At the back of the car a double spoiler feature on the roof and the tailgate is one highlight, dwarfed by the new rear bumper/diffuser combo TopCar has designed. The diffuser also houses new red tailpipes, available in a couple of different designs.

TopCar never does anything mechanical and oily, but they will probably provide you with a lavish interior treatment as well if you ask nicely. Would it be cheao? Probably not, but just in case Spinzwin can help you out with those extra bucks you might need. 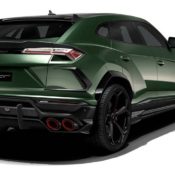 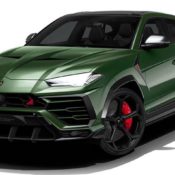 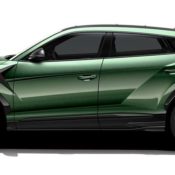 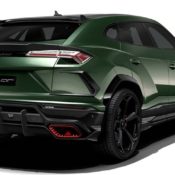 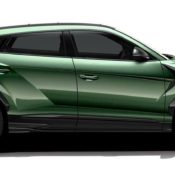