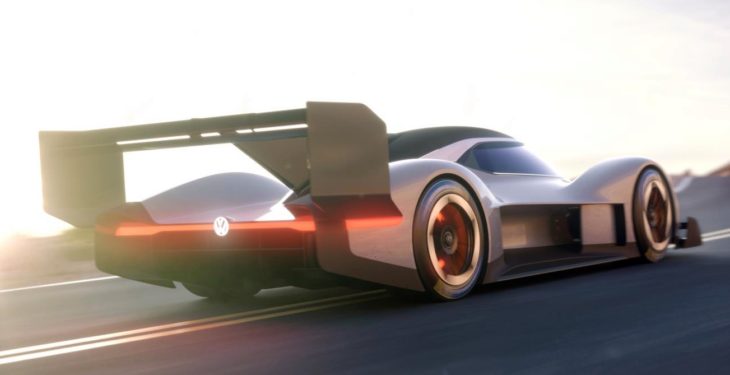 VW today named and revealed the first pictures of its contender for the 2018 Pikes Peak hill climb event. The alien spaceship-looking Volkswagen I.D. R Pikes Peak is, as that I.D. in its name suggests, an electric prototype racing car, and it’s built to make some hype for VW’s I.D. family of all-electric vehicles which arrive in 2020.

That is, of course, if it finishes the race to the clouds with dignity. It doesn’t have to win it, but in order for people to take notice of VW’s new rage of electric cars, the Volkswagen I.D. R Pikes Peak has to be at least in the top three when it crosses the line. The car certainly looks the part, it’s four-wheel-drive, and it certainly has a superb powertrain, the specs of which are yet to be revealed. But how well it can handle the 12.4-mile route up the  Colorado Springs in the Rocky Mountains remains to be seen.

Jürgen Stackmann, Member of the Board of Management with responsibility for Sales, Marketing and After Sales, adds: “Pikes Peak is without question the most iconic hillclimb in the world. The I.D. R project represents a fantastic opportunity for Volkswagen to change the conversation about e-mobility, both emotionally and from a sporting perspective.”