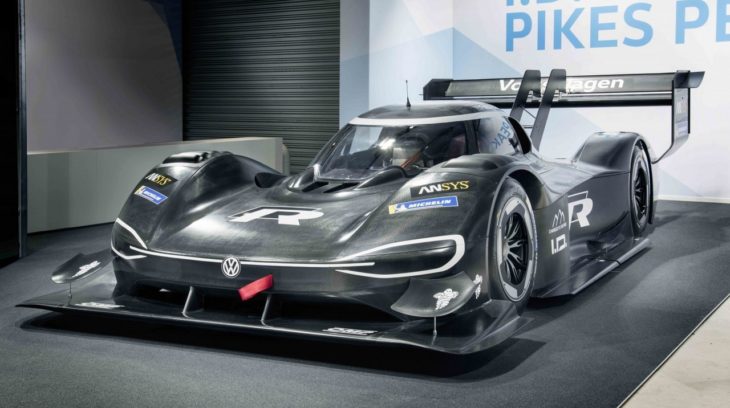 Weighing less than 2,500 lbs and boasting 680 hp and 479 lb-ft of torque, Volkswagen I.D. R Pikes Peak has performance numbers to match its spaceship-like appearance. The car sprints from 0 to 60 mph in 2.25 seconds. And because it doesn’t have an internal combustion engine there altitude, which is as high as 4,720 feet at Pike Peak, will have no negative effect on its oomph.

We had seen sketches of Volkswagen I.D. R Pikes Peak before, but in the metal the car looks even more amazing. As VW says, the aim in designing the I.D. R was not maximum performance, but rather the perfect balance between energy capacity and weight. The technologies used in this racing car, such as the battery pack, energy storage, and regenerative brakes, will be utilized in VW’s production cars in the near future.

The I.D. R will take part in the Race to the Clouds on June 24 with world-class driver and defending Pikes Peak champion Romain Dumas at the wheel. 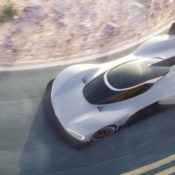 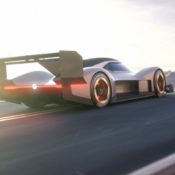 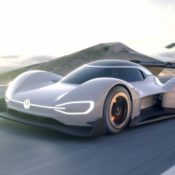 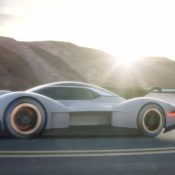 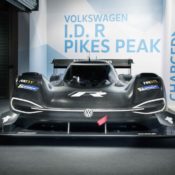 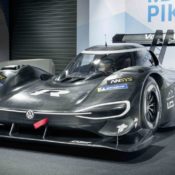 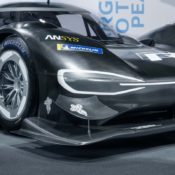 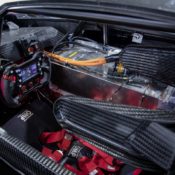 “Volkswagen’s goal is to reach the pinnacle of electromobility with the I.D. family,” said Dr. Frank Welsch, Volkswagen Member of the Board of Management with responsibility for Development. “The hill climb on Pikes Peak will definitely be a real acid test for the electric drive. Customers have always benefitted from the findings made in motorsport, and we expect to take these findings and use them as a valuable impetus for the development of future I.D. models.”