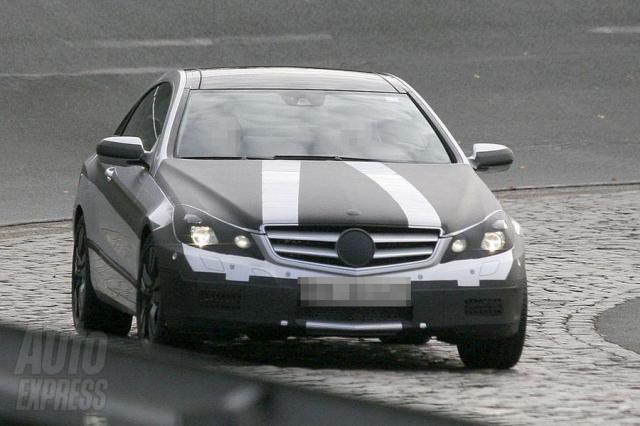 CLK replacement is about to be revealed by Mercedes soon, E class coupe, CLE or whatever they name it, current CLK brand will be discontinued. Auto Express just published the clearest shots yet of the car doing final tests on track . Now it’s clear that, like the concepts and renderings we’ve seen before, this car is following Mercedes new design line, getting in a more angular, aggressive style like new SL. Dimensions of the coupe will remain the same as the current CLK but interior will get a fresh new design, in short improved layout, as you expect from Mercedes as they are one of fewest car makers that their replacement models never disappoint! in terms of power, this should come with the whole set of Mercedes current engine range from 200 to 63 AMG including a new 2.2-litre four-cylinder BlueTec diesel . It will be followed by a convertible version in 2010. 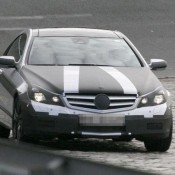