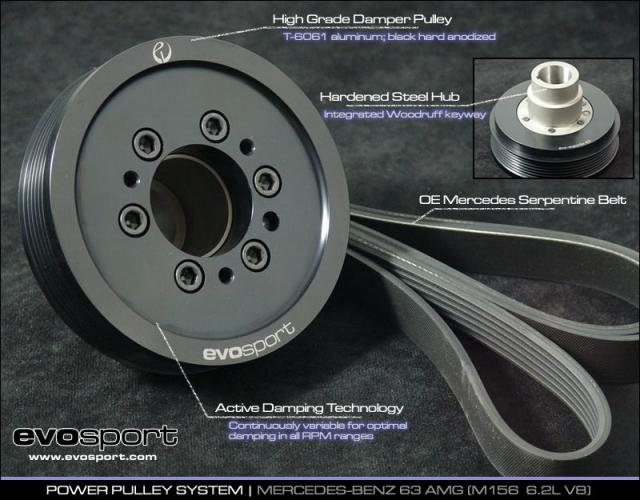 Evosport revealed its unique engine upgrade for AMG 63 series. The package mainly includes a crankshaft pulley youe see in picture above, which uses Active Damping Technology (whatever that is) that results optimal damping in all RPM range. since this upgrade focuses on crankshaft, they modify other components like crankshaft bolt and accessory belt, accordingly. Evosport also feature its own Powerchip into ECU. Package adds 87 hp to the magnificent AMG 63 engines. Least powerful 63 series engine has 450 HP. It is available in following models : C63, CLK63, CLK63 Black Series, E63, CLS63, SL63, CL63, S63, ML63 and R63 AMG.