Latest @ MW
Home /No AMG treatment for the E-class coupe 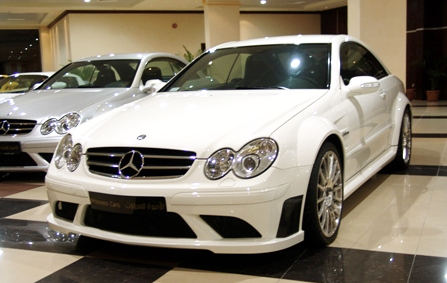 Today’s bad news from auto industry is a report stating that Mercedes is not going to replace the CLK63 AMG breed with a new E63 AMG Coupe, because it would fit exactly in the same position as the CLS63. If there is no new CLK AMG, it means there will be no new CLK Black, Damn!

The new E-class Coupe is far more sophisticated than the old CLK, becoming more elegant and technologically advanced. So Mercedes don’t want to shoot one of his legs anymore and decides to drop it and instead focus on the next CLS AMG which, by imagine, would have a better market. The news is despite of what we had about a week ago, spy shots of an AMG prepd E-class Coupe testing with heavy disguise. We should wait until they make an official statement, but it’s a pity if they really gonna kill the car, specially the Black which is an extremely fun car to drive. It’s a rare breed!

Also the word is that AMG is developing a new twin-turbo V8 for the next generation CLS 63. Now that’s something to cheer us up after death of CLK63!