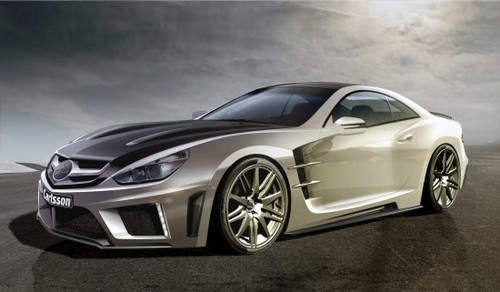 As one of the most prestigious tuners of Mercedes Benz cars, Carlsson now has the rights to take it to the next level and actually facelift their cars! For the 80th Geneva Motor Show the German tuner is preparing something quite special. Called the Carlsson C25, this half a million euro super GT is based on the Mercedes SL600 V12 and is limited to only 25 units.

As for the design, it’s a whole new car really, but they have maintained the character of the SL and you can tell it even at first glance. Every panel of the SL is modified, it gets new front and rear aprons and it’s also longer than the original car. It is a spectacular design and since it’s from Germany, it is very carefully engineered as well.

The whole body is made of light weight and high quality materials. Even the wheels which come in dimension 9,5×20 and 12×20 inches are 11.2 kilograms each, that’s 40percent lighter than stock AMG wheels. Carlsson also provides the car with galactic brakes with 405 millimetres large slotted race brake discs at the front and 380 millimeter race brake discs at the rear axle.

The C25 is also equipped with the C-Tronic suspension system which is one of the most advanced in the world, it automatically recognizes the road characteristics and driving manners and constantly adjusts the suspension setting accordingly. This means the handling is always brilliant no mater the surface and there is no compromise on comfort either because it only gets firm when it has to!

All these stuffs are great, but the most amazing part of C25 is indeed its engine! If you thought that Brabus is the only company capable of extracting crazy amount of horsepower out of Merc’s engines, check this out. Carlsson managed to achieve 753 hp and an incredible 1320 Newton metres of torque, which had to be electronically limited to 1150 nm, as it’s the highest various components can take.

And if you are wondering about the performance, well, it’s blistering! 0 to 100 km/h is done in 3.7 seconds but the top speed is limited, to 352 km/h! And Carlsson says that this performance is actually achievable in real world because the C25 is engineered to be very driveable and convenient. It’s an ultimate GT rather than an edgy supercar.

They are also working on a totally bespoke interior for the C25 which they say will be garnished with real carbon, tanned buffalo leather and ultra-suede in special colours . And then again, for driveability reasons, Carlsson deliberately refrains from race seats, race straps, rollover devices and extreme lowering. 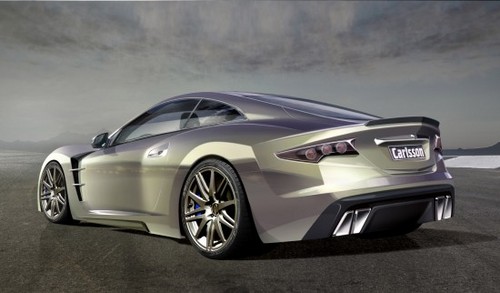 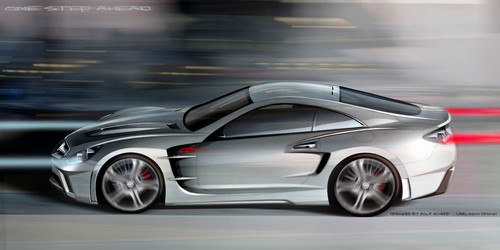 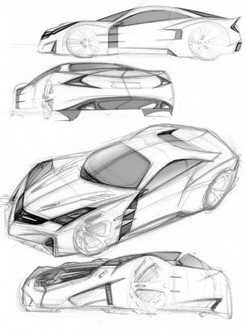