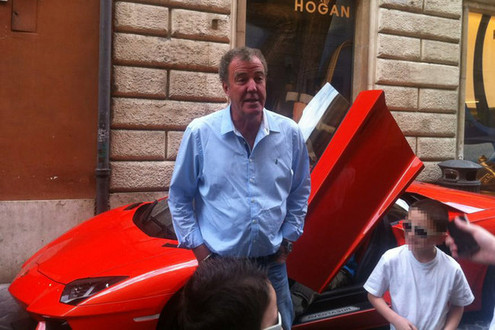 The Top Gear gang is busy filming the new series all around the world. After finishing their Christmas special in India, the boys head back to Europe for an epic supercar battle.

Jeremy, James and Richard have been spotted in Rome recently, with three supercars: Lamborghini Aventador, McLaren MP4-12C and Noble M600. TG has tested all of these cars before individually, but this time they’re putting two of the finest British supercars against the Italian king, in its own turf.

This is one of those episodes you just do not want to miss.

New series of Top Gear is still a couple of months away. Until then you can  keep busy by watching Jeremy’s new DVD “Powered Up”, out November 7, and Top Gear at the Movies DVD, out November 14, over and over again!