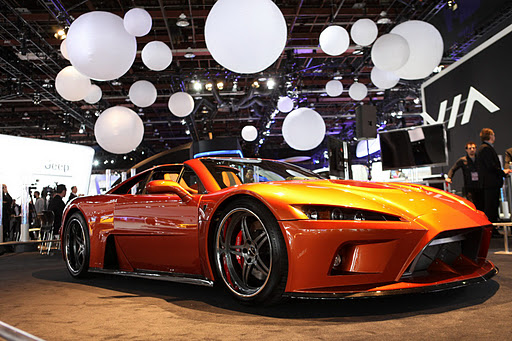 Coming from a leading manufacturer of body panels and components, the Falcon F7 Series 1 is an American supercar fit to take on Ferrari, and proving that fast agile mid-engined rear wheel drive cars aren’t just the preserve of Italian or Japanese car companies. Entering production in 2012, the Falcon F7 is unique for being a testosterone injected car with the looks of a speedy two seater, but with American customers firmly in mind.

Falcon Motor Sports debuted the first prototype F7 at the 2011 Detroit Motor Show, with designer Jeff Lemke promising a bright future for the car, but refusing to take orders while the prototype was developed into a production version and tested. Priced between $195,000 and $250,000 the car sits at the lower end of the supercar price spectrum, and with production limited in the first two years, Falcon are hoping their order books will fill up giving the company time to ramp up to full production of 100 vehicles per year in 2014. 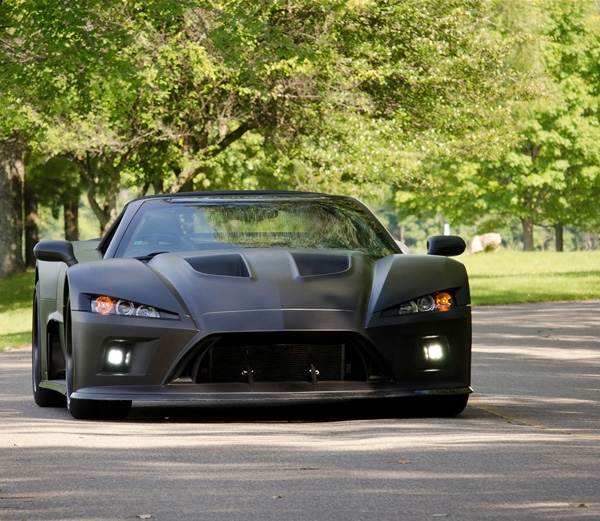 The F7 isn’t a badged production vehicle with race specs or trim, the entire car is built in the Falcon factory at Holly Michigan from in-house designed components and custom parts. To date three colors have been seen, a matte black prototype, an Apple red prototype, and the first production model serial number 001 in metallic orange seen at the 2012 Detroit Motor Show.

A race tested and proven aluminum monocoque chassis from Superlite Cars is the basis of the car, onto which the carbon-fiber body panels are attached, along with a Corvette naturally aspirated 7 liter V-8 generating 620 horsepower at 6600 rpm. A Ricardo six speed transaxle manual gearbox is mated in place, and estimates from Falcon say the F7 Series 1 can do 0-30 in 3.3 seconds in the light configuration, and 3.6 seconds with all the options, either of which is plenty fast enough for most drivers.

Top speed is slated at 190-200mph and the quarter mile down to 10.9 seconds in factory configuration. Stopping power is provided by Bosch anti-lock vented high performance calipers, 6-piston 15 inchers on the front, and 4-piston 14 inchers on the rear, coming from 60-0 in under 100 feet. Total weight is a low 2,785lbs (1,263kg), light enough to promise exhilarating performance on track or road. 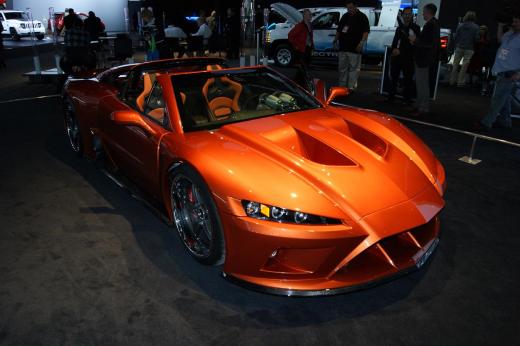 Falcon Motor Sports are entering the market with several years parts and body manufacturing behind them, being one of the top Dodge Viper and Plymouth Prowler body stylists. Forecasts call for 15 cars in 2012, 25 in 2013, and a hundred a year thereafter. All vehicle trim is hand-made by skilled craftsmen employed in-house, and the car assembled to GT spec in a modern quality conscious setting with rigid standards.

It will be interesting to see this car put to the test against other high performance supercars in its class, and with the look of the F7 so similar to the Ferrari 512 of the 1980s inevitable comparisons will be made.