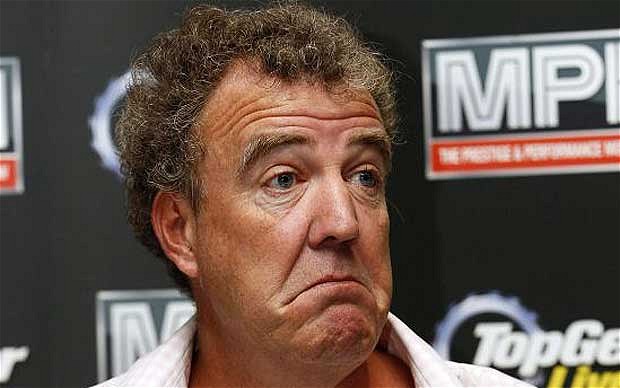 Jeremy Clarkson, international man of mystery and rightful inheritor of the 007 tag, oops, scratch that, presenter of the BBC’s Top Gear program has done it again. He’s no stranger to controversy but has he finally gone too far?

The government of India is threatening diplomatic isolation of the UK over a spat about toilet humor for the annual Christmas show filmed in India. Britain’s Prime Minister has been asked to apologize.

The show screened on UK televisions during the holiday season, but the Indian High Commission in London has only recently sent a letter demanding an apology to the BBC, calling the show offensive after viewing a toilet seat on the trunk of a Jaguar, and hearing numerous jokes about food and toilets on public trains. 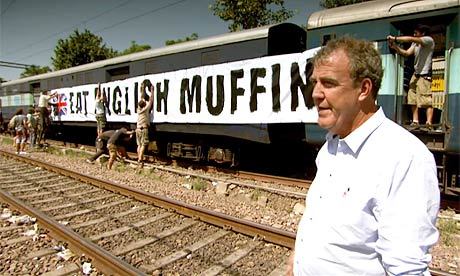 Clarkson commented in the show that the toilet seat on the Jaguar was perfect for India because “everyone knows visitors to India get the trots”, a reference to poor water standards and general hygiene.

Quoting a diplomat working in the Indian High Commission who told the BBC “too many people” called the Commission to complain and were “very upset” that Indian culture, history, society, and local sensitivities were made fun of. The BBC admitted to having received 23 complaints.

British Prime Minister David Cameron who made a cameo in the show as the crew left London for India is facing pressure to apologize after saying to the crew “stay away from India”, an oblique reference to a previous Top Gear show that made fun of Mexico and caused a similar diplomatic dispute when Clarkson was filmed disparaging Mexicans for being lazy, flatulent and feckless, and that Mexican food is “like sick with cheese on it.”

The Director General of the BBC, Mark Thompson, was forced to respond writing a letter published in British newspapers in which he described Jeremy Clarkson as one of the UK’s leading cultural exports, and stating that the BBC would respond to the Indian High Commission’s complaint in “due course”. 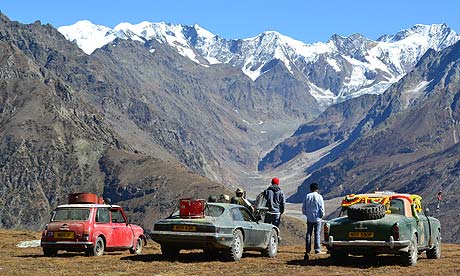 Raja Sekhar, the Indian High Commissioner to London said he was very disappointed with Top Gear because his staff actively helped facilitate the Clarkson and the Top Gear team’s visit to India, and that staff in the Commission felt let down after expecting a better show that would have highlighted reasons to visit India, rather than to mock the country.

In applying for visas and filming rights, Top Gear had stated in their outline that the program would be looking at India’s “beautiful scenery” and “local color”. A British Parliamentarian whose parents came from India, Mr Keith Vaz, went further saying the program directors had not disclosed their real reason for wanting to visit India, and that an element of dishonesty was apparent to him.

Trade relations between the UK and India could be damaged he said, and a quick apology from Clarkson and the BBC would avert further diplomatic deterioration and restore good relations between the two countries. Perhaps this is a lesson for other car programs, if they want to compete with Top Gear, start offending the cultural sensitivities of important trade allies.