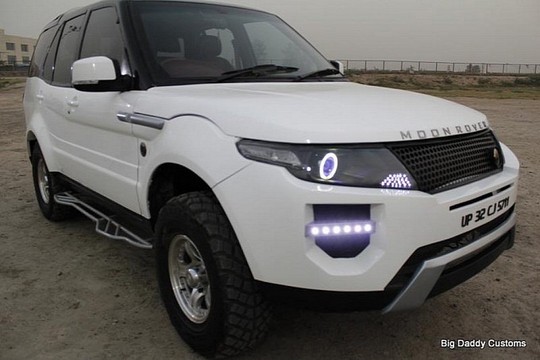 Great mother of GOD. We thought the Chinese are good at cloning cars, but Indians are in a class of their own. This is a TATA Safari which has been converted into a Range Rover Evoque wannabe by an Indian tuner called Big Daddy Customs. With a name like that you kinda expect them to make stuff like this. Apparently they have once converted a Toyota Corolla into a Ferrari 430. Yea, I know!

This is the most hideous thing you will see today. The car, which is by the way called the MoonRover, is so ugly it actually looks kinda funny. They’ve given the TATA Safari a new front bumper, LED lights, badly copied Evoque grille and headlights, side vents, side sills, rear fascia, even a replica of the chrome stripe on the rear hatch.

With JLR being a property of TATA Motors, the Indians kinda feel they own the Evoque and can do whatever they want to it. That is true, but come on, this is just wrong! 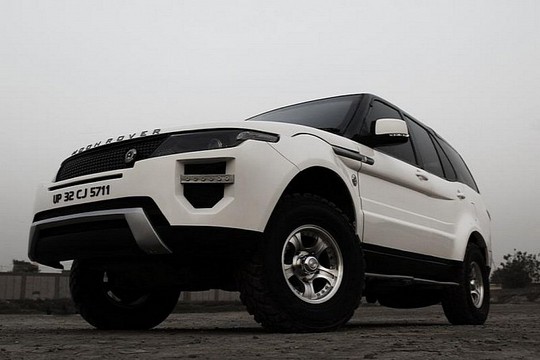 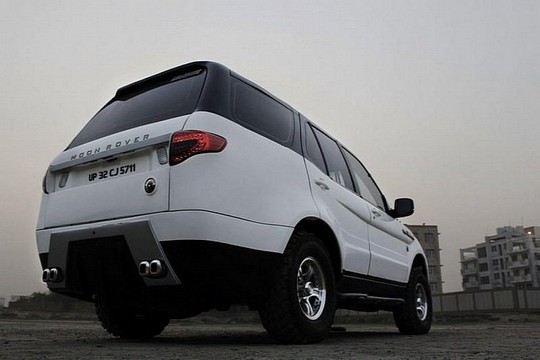 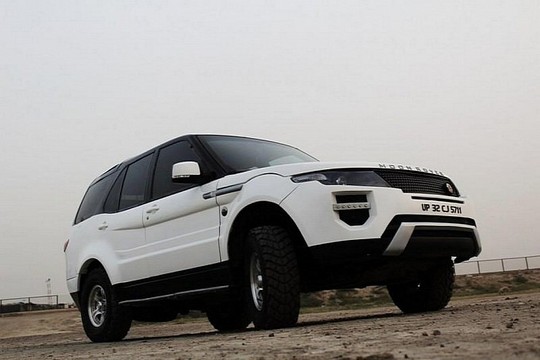 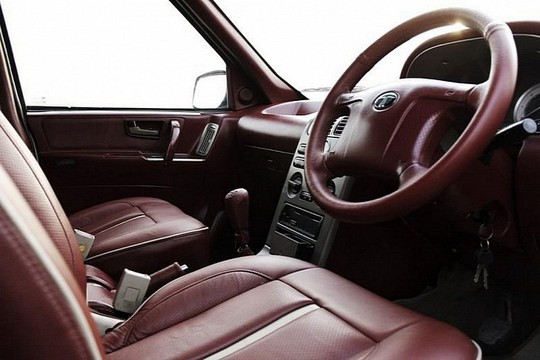