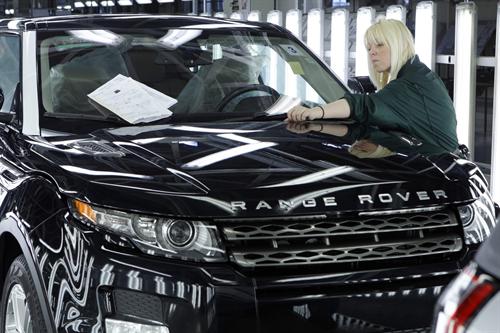 One year passes since the production of Range Rover Evoque began at JLR’s Halewood manufacturing plant, and the demand for it is still rising all around the world. The Evoque is one of the most significant cars launched in recent years, because it was an instant hit, bagging 18,000 orders long before it went into production. It has recorded over 80,000 units in just nine months which is an astonishing record, especially for a crossover.

It’s no wonder why the Evoque is so popular. It’s a good-looking crossover with practicality of a SUV and drivability of a sedan; it’s well-equipped and has a range of great engines; it has decent off-raod capabilities; and above all, it’s a Range Rover which is one of the coolest brands in the world.

During its first year of presence in the market, the Evoque also on many awards, 110 to be exact. Crowned Top Gear Magazine Car of the Year, World Design Car of the Year and North American Truck of the Year amongst others, the Evoque has been praised for its concept car looks, dynamic driving performance, class leading off-road skills and excellent cost of ownership.