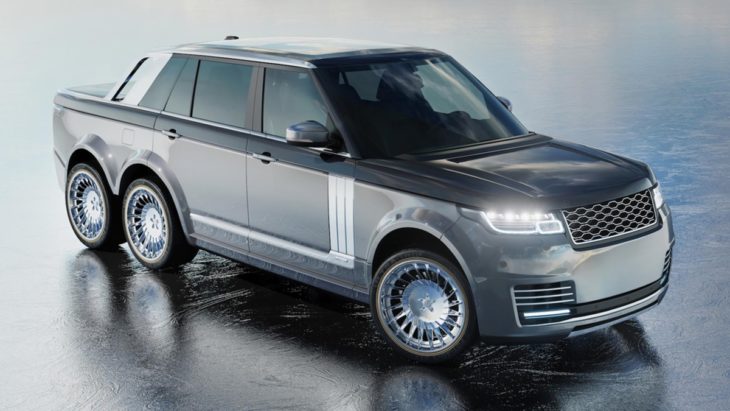 Okay, this is something Range Rover themselves would never do. They know that a six-wheeled Range Rover 6×6 ends up being a catastrophically vulgar thing, not in keeping with the brand’s values and prestige. But they can do nothing to stop other people make such a thing and make big bucks.

That is what T.Fotiadis Bespoke Design is going to do and they have come up with some computer generated images to show us the finished product. This obviously is an answer to the Mercedes-AMG G63 6×6, only the Range Rover 6×6 Superyacht Land Tender as they call it is an altogether more serious proposition aimed at a different kind of customer. The G63 6×6 is pretty ostentatious too, but with that car, taking into account its unique looks and all, it kind of works. This Range Rover, it’s fair enough to say it’s not a classy thing.

Fotiadis’s Range Rover 6×6 SLT is six meters long and features a pickup bed at the end, just like its rival. The double axle at the back and the one on the front are equipped with shiny, super deluxe wheels, and one can only imagine the level of luxury inside the cabin, which is yet to be revealed. Given the standard Range Rover’s offroad capabilities, the 6×6 version should be even better in dealing with rough ground, unless the addition of the second axle has somehow ruined had adverse effect on ride and handling.

This road yacht will be unveiled later this year at the Monaco boast show. 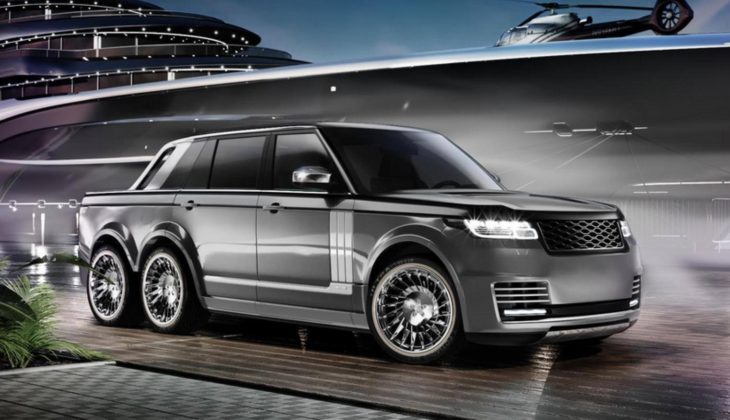 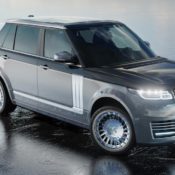 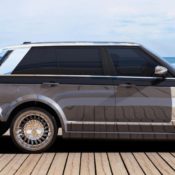 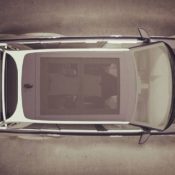