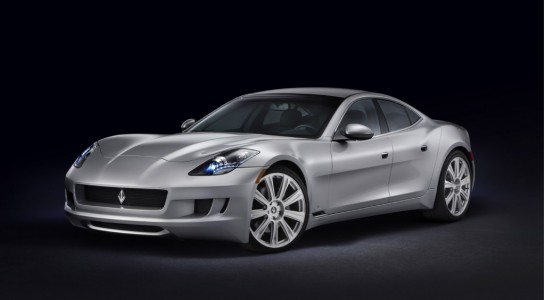 Destino is a new exotic car made by Gilbert Villereal of VL Automotive and former General Motors Vice Chairman Bob Lutz. It is based on the Fisker Karma, and it has a brilliant idea: replace the Karma’s electric drivetrain with a V8 engine from the Corvette ZR1!

It is not a tuner’s nonsense, either. They are planning to produce this car in the second quarter of 2013, and are already testing prototypes. With Destino you get the amazing look of the Karma, but none of its electric system’s drawbacks. For one thing, it won’t be catching fire very often!

The performance of that ZR1 engine is the cherry for the top of Destino’s cake. The 6.2 liter supercharged V8 delivers 640 horsepower and over 800 Nm of torque. Later on they reckon they can offer the car with the newer LT1 engine out of the new Corvette C7.

Of course they can’t just put the engine inside the Karma’s bonnet and let it loose. There is a lot of testing and re-engineering they have to go through, and after that there’s the certification and validation. So, second quarter of 2013 sounds a bit optimistic. 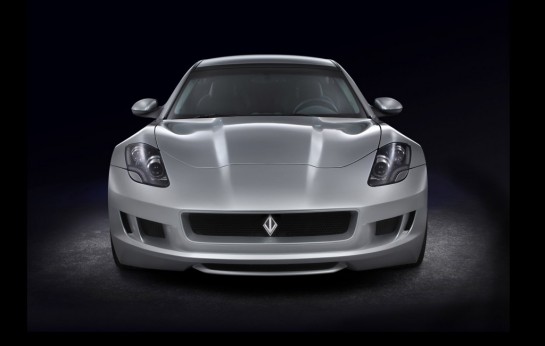 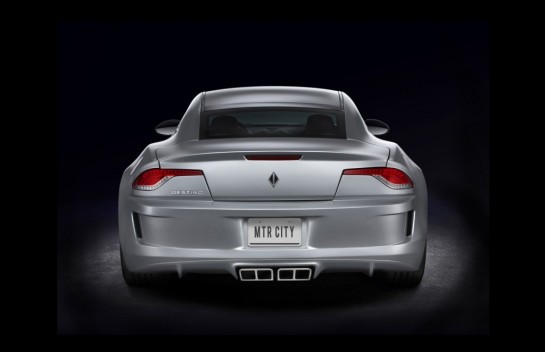 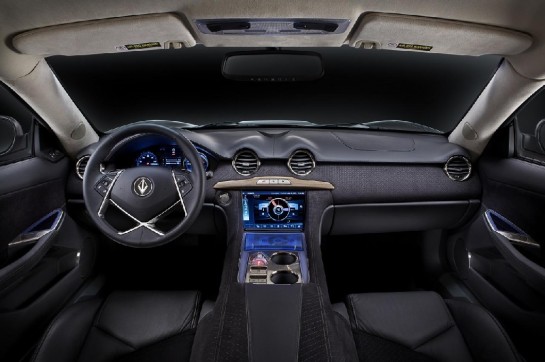