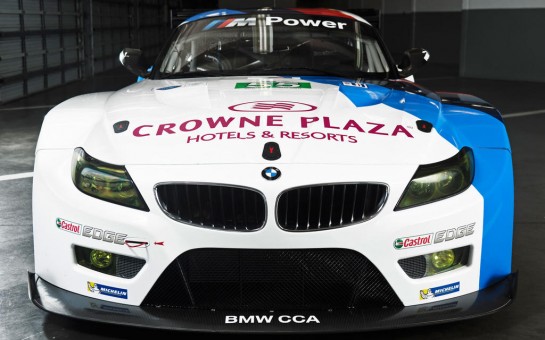 BMW released the first pictures of its new ALMS contender, the BMW Z4 GTE. It replaces the M3 GT in the American Le Mans Series, and while its performance should be quite similar to the outgoing car – they share the same technical parts – the new boy looks much cooler in BMW racing livery.

The Z4’s classic sports car styling cues like long bonnet and short overhangs, combined with massive fender extensions and large sings and spoilers, and of course BMW’s racing colors on top, result in a fabulous looking race car. We don’t care if it doesn’t win. We just love to watch it go around! The Z4 GTE uses the same V8 engine as the M3, which it also shares with its European counterpart Z4 GT3, with around 480 horsepower.

Enjoy the pictures in the gallery below: 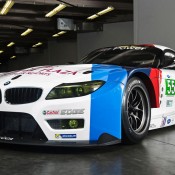 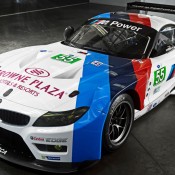 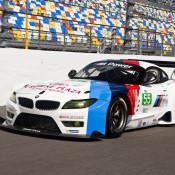 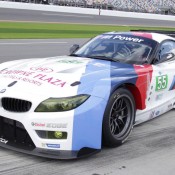 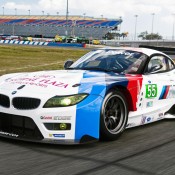 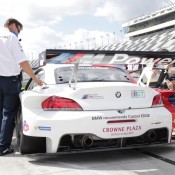 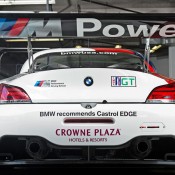 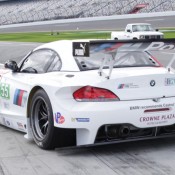 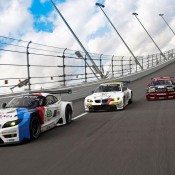 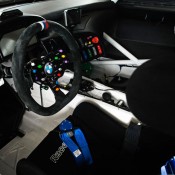 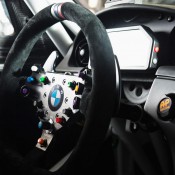 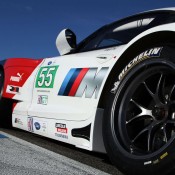