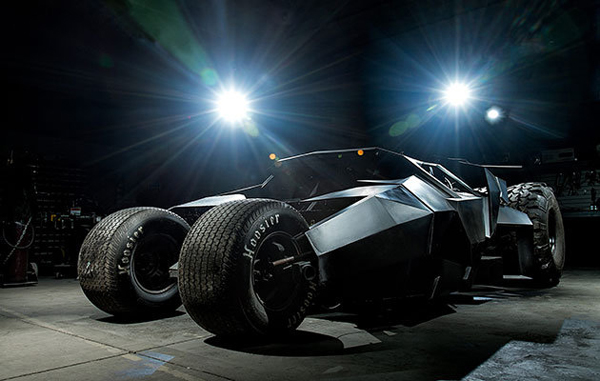 Some say the Gumball 3000 Rally has lost its way in recent years, straying from the true essence that makes this great event what it is. Taking inspiration from the Gumball Rally and Cannonball films and its wacky characters and unusual cars, the modern day event has seen some unbelievably expensive and rare supercars, but when you see endless Ferraris, Veyrons, Lambos, Bentleys and Rolls Royces, you have to wonder where the wackiness went.

One team aiming to inject a pure dose of Gumball magic back into the rally are Team Galag. They consist of a number car enthusiasts aged between 21 and 34, hailing from the UK, Germany, USA and Saudi Arabia, all with serious knowledge in creating automotive monsters. For the rally’s 15th anniversary, Team Galag are bringing Batman’s Tumbler car to the grid.

They had this to say about their bold entry: “The main reason behind doing the Tumbler was that we wanted to bring back a little originality and fun to the Gumball 3000, something it was always known for. We wanted to capture the spirit of movies and cartoons such as Cannonball and Wacky Races, while keeping with the cool and rock and roll image of the rally.”

Responsible for this bespoke project are the U.S.’s Parker Brothers Concepts, a Florida company famous for building a number of vehicles used in the movies and television, cars such as the Green Hornet’s Black Beauty (pic below) and the armoured vehicles used in the Death Race remakes. 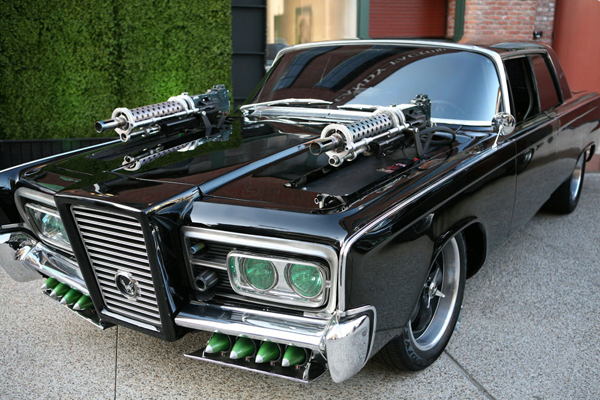 Batman’s behemoth weighs in at 2.5 tons, and being over 2ft wider than a Hummer, it’s a scale replica of the Batman Tumbler. Only this is no movie prop; this Tumbler has been built from scratch to not only be road legal, but also to endure 3000 miles of mayhem. 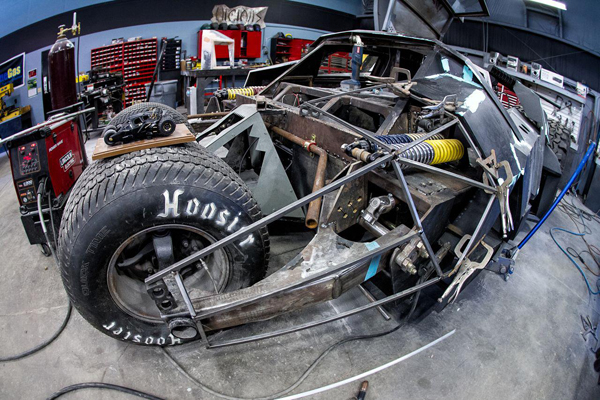 Under the impressive armoured bodywork is bespoke tubular chassis, supporting a huge 6.2L V8. It’s thought to produce 450-bhp, but being such a heavy weight, 100-mph is the estimated top speed. However, seeing this roaring down the highway at any speed would be enough hastily pull over and get out of its way. 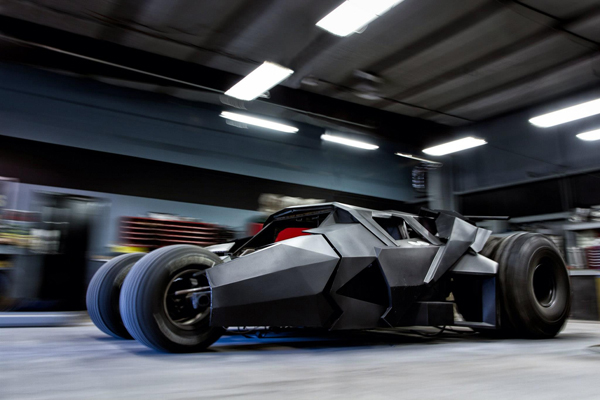 We all hope this magnificent creation makes it to the end, attracting attention and adding that special something back to Gumball 3000. If you want to watch its progress, visit Team Galag’s cool GPS feature on their website and follow them as they storm Europe.