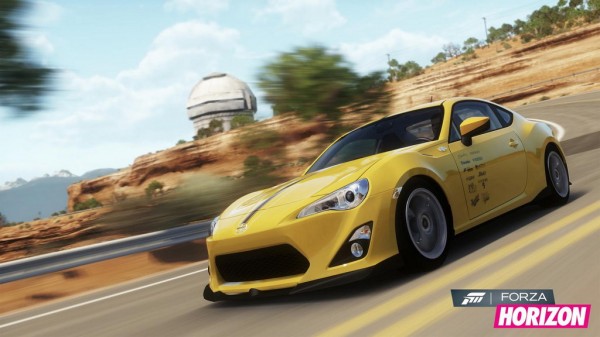 It must be the first time that a tuned car is digitally recreated to star in a video game. It’s the Meguiar’s Scion FR-S from 2012 SEMA show, now available as a free download for any person who owns Forza Horizon, or for Forza Motorsport 4 players who have purchased the August Playseat Car Pack.

The partnership between Scion, Meguiar’s, and Turn 10 Studios also led to a Forza Horizon photo contest beginning today, in which users are encouraged to have a go at tuning the Japanese sports car themselves and share photos of their creations.

Winners will have chances to win prizes from Meguiar’s and Xbox 360 by taking snapshots of the FR-S within the game. In addition, new Rivals Mode race events have been created in both games to give players a chance to test out their new cars in competition. That’s nice, but it would really cool if they actually made the best virtually-tuned FR-S.

“The FR-S provides a fantastic foundation for tuning fans to build unique and exciting rides that strings the heart of one’s driving soul,” said RJ De Vera, Meguiar’s associate director of public relations and event marketing. “We are quite proud of our real world Scion FR-S concept and are excited to share it digitally with Forza players. Together with our partners at Turn 10 Studios and Scion, we only hope to continue to fuel the love for cars both in the reality and in the gaming space.”