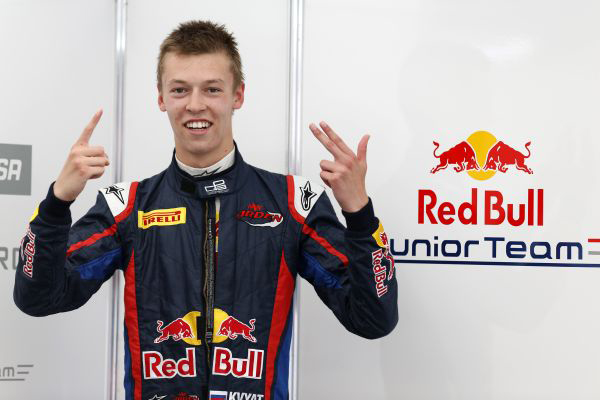 The world of Formula One quite often produces some eyebrow-raising headlines. Take Lewis Hamilton, for example, leaving his boyhood team McLaren for Mercedes – this was at a time McLaren were more dominant than Mercedes, and the whole world thought Hamilton was mad to leave a strong team that was almost family to him. Did Lewis know something we didn’t? It seemed he did and he has since won races and claimed poles this season in a very fast car that’s leaving McLaren in its wake. 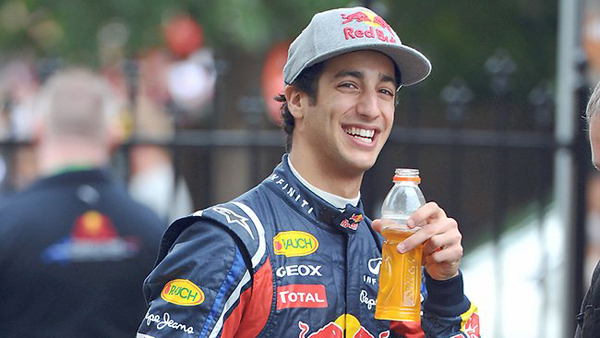 Well, the latest surprising and hot news to hit the media and pitlane is the new driver Red Bull and Toro Rosso have employed for 2014. After weeks of speculation surrounding Red Bull’s youngsters and who would succeed in replacing Red Bull-bound Daniel Ricciardo (pic above), it was decided that a GP3 and European Formula 3 frontrunner was given the nod over the early favourite. 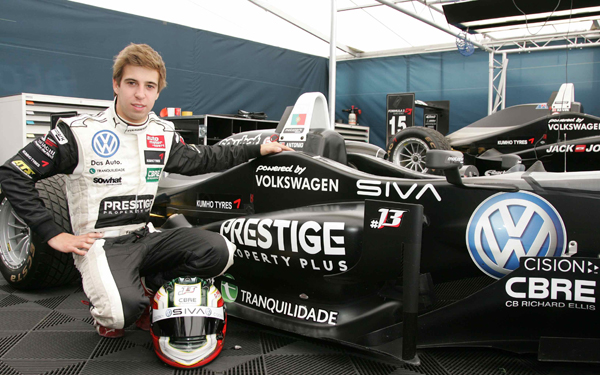 The lucky 19–year-old Russian, Daniil Kvyat was the racer selected over the more experienced António Felix da Costa (pic above). Sainz Jr. (Rally legend Carlos Saintz’s son) was also a contender, but as it stands Kvyat has over double the points in GP3 driving the same car.

This is the sort of news that causes much debate, as it seems like such an unusual decision – have the Italian team gambled with Kvyatt or do they know something we don’t like Lewis and Mercedes?

I’m a fairly sceptical guy, but when it comes to F1 I often override the inner alarm bells to write anything derogatory as my 22-year love affair with F1 has seen me eat many a hat. 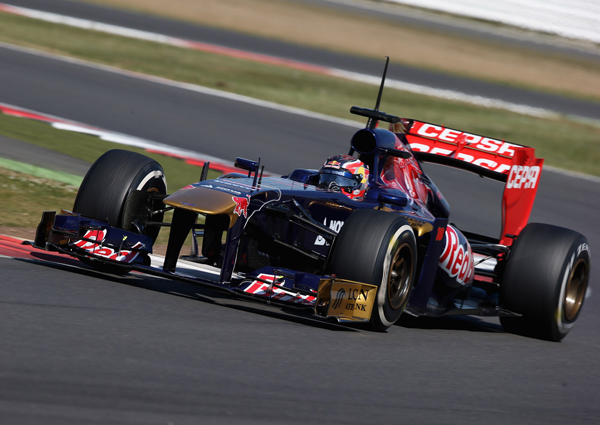 In Kvyat’s favour, he has certainly impressed during the GP3 season – as I write this he is second in the overall standings behind Facu Regalia with only Abu Dhabi remaining on the calendar.

I guess the downside could be his young age and lack of experience in the F1 cars, but then again, the young Russian test-drove for Toro Rosso at the Silverstone young driver test in July. And just last week he took part in a straight-line test with Red Bull.

This led Red Bull’s motorsport advisor, Helmut Marko to praise Kvyat’s impressive 2013 form. “Whenever we put him in a car his efforts were remarkable,” Marko explained on Red Bull’s Servus TV channel.

“If a young driver proves talent, passion and a high level of work ethic, we give him a chance. It’s that perspective that is why we chose Kvyat.”

This is all good and well for Kvyat, but it means very bad news for the former favourite and future of youngster, Antonio Felix da Costa – Da Costa experienced a frustrating drive in the Formula Renault series this year, and due to this surprising decision, it’s now unclear where he’ll be for 2014.

This is where the sceptics come in, highlighting the fact Kvyat is Russian and Russia’s inaugural Grand Prix will take place next season. Did Red Bull realise the money they’d attract putting a Russian driver on the grid for the Russian Grand Prix? Would they compromise performance over business? It could be likely as Toro Rosso are only their sister team and they wouldn’t really be compromising heavily on performance as the 19-year-old GP3 star obviously has talent.

It’s a hard to say exactly why Daniil Kvyat has a seat in the Toro Rosso, but I do know he had the talent to be in with a chance in the first place. And it also does look a little suspect with the sudden decision to snub front-runner Da Costa and the fact there’s a Russian Grand Prix next season.

I say “whatever” to the sceptics and let the Russian prove himself. Of course, if it did come to light that Da Costa definitely lost his seat because of money and business, well, that would be a shame for the sport. But in Red Bull’s favour, running an F1 team is a business that relies on enormous amounts of money for racing and development. Exactly how much of a difference in talent is there between Kvyat and Da Costa? I would think it is minimal and therefore if money can be made for the team for its future development, then I guess it’s a good business decision. 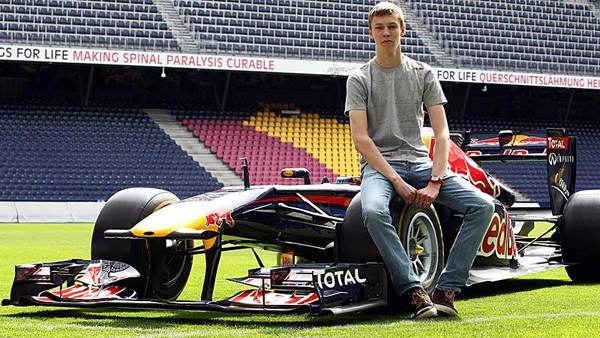 All I know is Kvyat was in the mix for a seat because of his talent, and the fact he’s doing very well in GP3 only proves this. The whole field will be in unfamiliar territory with the new 1.6L turbo units in 2014, so I guess this helps him as far as getting used to a new drivetrain and system.

Whether you agree with Red Bull’s decision or not, the Russian can only silence the critics when he leaves the pits for his first official practice session next season.