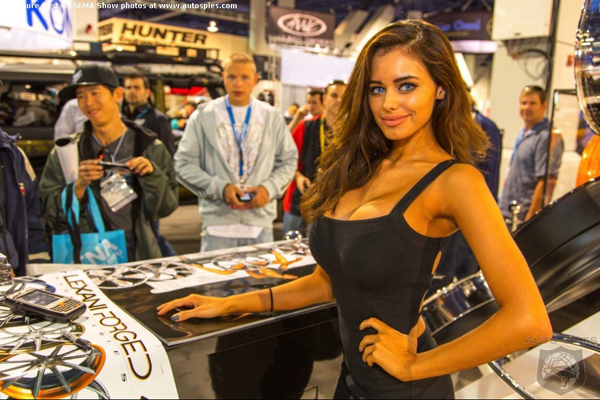 Well that’s SEMA for another year. I’m writing this a week after an event I have followed extensively and daily online – if I were lucky enough to attend in Las Vegas, I would’ve tried sneaking and sleeping inside a show car so I didn’t have to leave all that automotive loveliness behind every evening – spending a night in the upcoming Transformers 4 Chevy Camaro would be on par with any Penthouse suite.

If you haven’t heard of the SEMA Show you’re more than likely the sort of person who thinks a spoiler is a movie plot giveaway and drifting has something to do with boats.

SEMA (Specialty Equipment Market Association) is the biggest automotive aftermarket show in the world. Everything from tyres to air filters, sound systems to body kits, SEMA has absolutely everything covered. It’s also a tuner’s paradise that has allowed the major car manufacturers to get involved with the lucrative tuning market by revealing their own in-house performance parts and mods.

It’s the perfect platform for car designers and engineers to go a little crazy and reveal what they are really made of in the various show categories. Concept cars are obviously a major attraction, and believe me there were some awe-inspiring pieces on show. 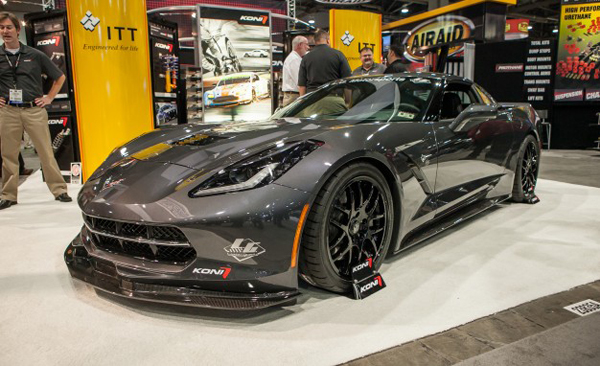 The first car to grab my attention wasn’t the 770-hp Hybrid Corvette but rather the LG Motorsports Chevrolet Corvette Stingray. Its subtle gray-over-black paint and (virtually) stock exterior give this mental car all the ingredients for one hell of a sleeper. It has been slightly lowered with Koni dampers, and despite the non-stock exhaust and headers, it maintains a standard look. The subtle carbon-fibre body kit also doesn’t call too much attention to itself. 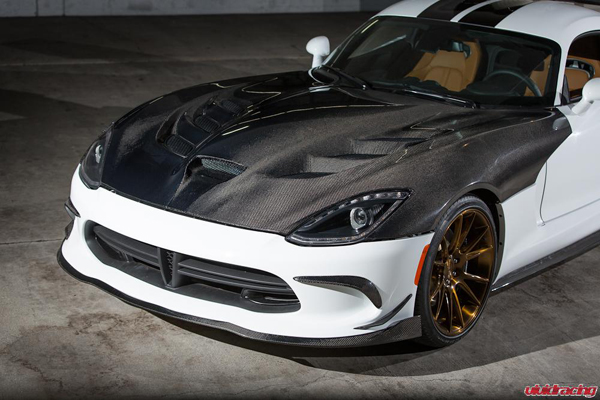 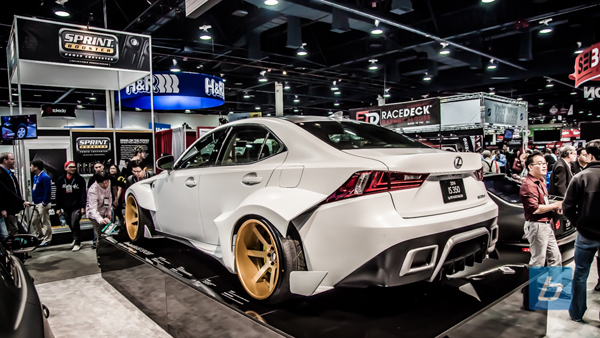 Lexus had some unusual body designs on show with their 2014 Scion entrant from the Deviant Art Design Challenge. I’ve always been a big fan of box-flared arches and would love to see them come back on modern cars. I love the fact Lexus showed what can be done with bodywork, although I hope this is just a lesson in design, as this Scion’s body looks a little mismatched and untidy. 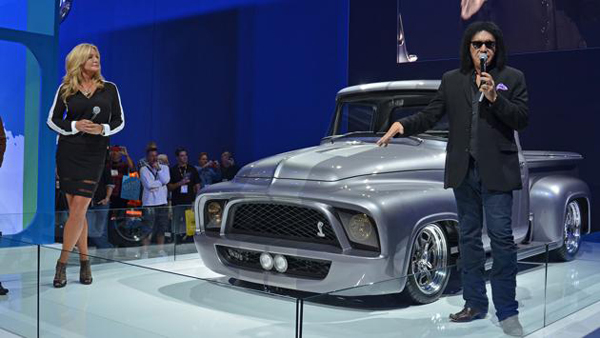 I think one of the coolest vehicles at SEMA this year fell into the Wheels of Dreams project.

Above, you can see the legendary face-painted bassist for KISS, Gene Simmons and his wife, former Playmate of the Year Shannon Tweed, revealing this spectacular Ford F-100 Custom 1956 Snakebit truck.

The Snakebit moniker is a tribute to the late and great Carroll Shelby and the custom Mustangs he has created over the years. Of course, that badge comes with power, and that power comes from an enormous 5.4-L V8 that thumps out a whopping 550-bhp. 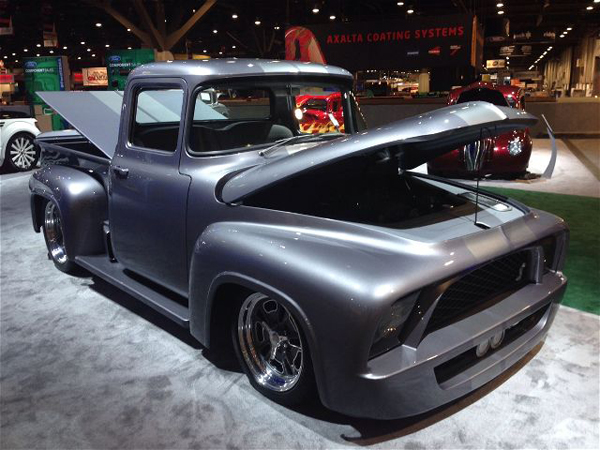 For me personally, I love the concept and the compact design. It screams Shelby and Mustang whilst maintaining the DNA of the 1956 Ford F-100 truck. Throw in a massive V8 and you have one hell of cool toy to play with – I would love to take a trip to the local dump in this machine!

Maybe one year I’ll be able to attend and take in the sheer size of SEMA and the almost endless new cars and mods on offer. The above are just a few personal favourites and cars that attracted a significant amount of press. I haven’t even scratched the surface with what’s on show, but then this article would be longer than War & Peace if I’d tried to get it all down.