Latest @ MW
Home /Dubai Police to Get a McLaren 12C 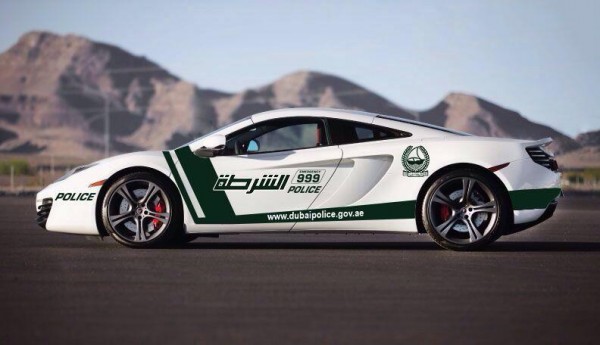 The government of the United Arab Emirates – or their King, or Prince, or whoever runs the country these days – should find something for Dubai Police to do. What is going on here is that they get bored quite easily because they have not much to do in terms of police work. So they go in search of fun activities to keep themselves amused. And the most recent thing is buying lots of high-end patrol cars.

Dubai Police is blowing up their fat budget which they should be spending fighting crime on some super expensive super cars for their patrol fleet. In fairness though, Dubai is a fairly crime-free city – you know, apart from the occasional assassinations and kidnappings, seeing as Dubai has always been the stomping ground for the region’s intelligence services that go there to settle scores.

The latest car to join Dubai Police’s magnificent fleet of exotic patrol cars is the McLaren 12C; a British supercar powered by a 620-hp twin-turbo V8 engine – one of the fastest and best-handling cars money can buy today. Mind you, some say the picture DP has released on their Twitter is a Photoshop job. Be that as it may, it doesn’t mean they are fooling around. This serves as a preview of what’s to come.

So far Dubai Police has spent near as makes no difference two million dollars on exotic cars. Meanwhile two thousand miles north of Dubai, little Syrian kids who had to flee their war-torn country are dying of starvation and lack of shelter. So well done guys. We hope you are proud of yourselves and your nice cars.